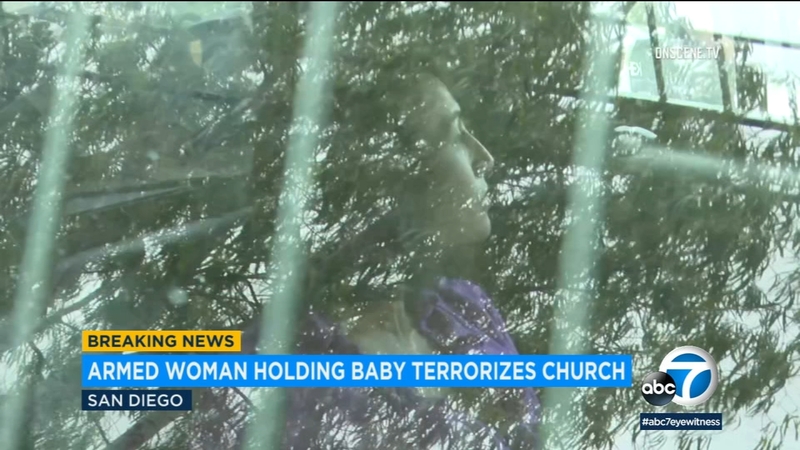 Police and witnesses say the woman was holding a gun and a baby and interrupted services, making threats to blow up the church.

At one point she aimed the gun at the 10-month-old baby, officials said.

Churchgoers were able to tackle and disarm the woman shortly before police arrived.

Officers took her into custody and say they determined the gun was not loaded.

The incident happened around noon Sunday at the Tsidkenu Church in the Clairemont community of San Diego.

"After she started pointing the gun at the baby one of the older gentlemen grabbed it from her and then me and a couple of other men tackled her," said David Michael Miller, a serviceman who was attending services and helped subdue the woman.

"We got the baby away from her. A few minutes after that, the cops came in. She was trying to run away or something so a cop tackled her through a row of chairs. They arrested her and pulled another gun out of her bra."

The woman's baby and her 5-year-old daughter who was found nearby were both taken into protective custody.

The suspect was identified as Anna Conkey, 31.

She was arrested and is expected to face charges that include making criminal threats and displaying a handgun in a threatening manner.

Police say given the nature of her threat they also searched for explosives in the area but did not find any.