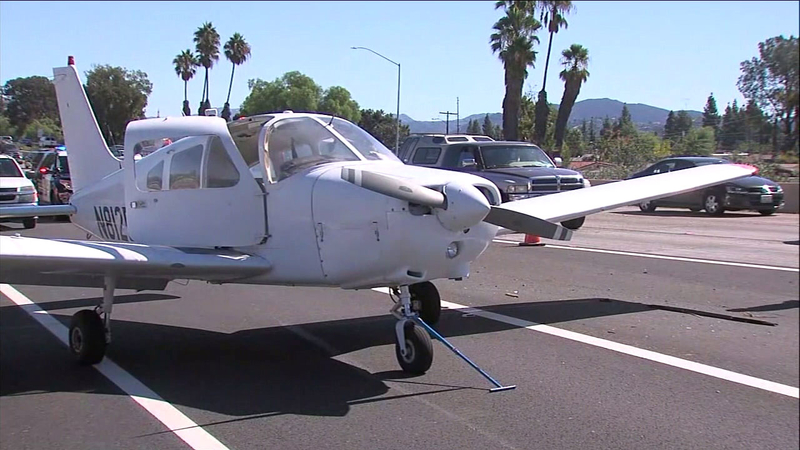 EL CAJON, Calif. (KABC) -- A student pilot and instructor in a small plane made an emergency landing Friday morning on a freeway in San Diego County, KGTV reported, citing the California Highway Patrol.

According to the CHP, the incident occurred about 11:15 a.m. on Interstate 8's westbound lanes near Second Street in El Cajon. After the aircraft experienced engine trouble, the instructor took over the controls of the Piper propeller aircraft and landed safely.

No one was injured and no vehicles were struck.

The plane, which was pushed to the right shoulder after landing, appeared to be intact.