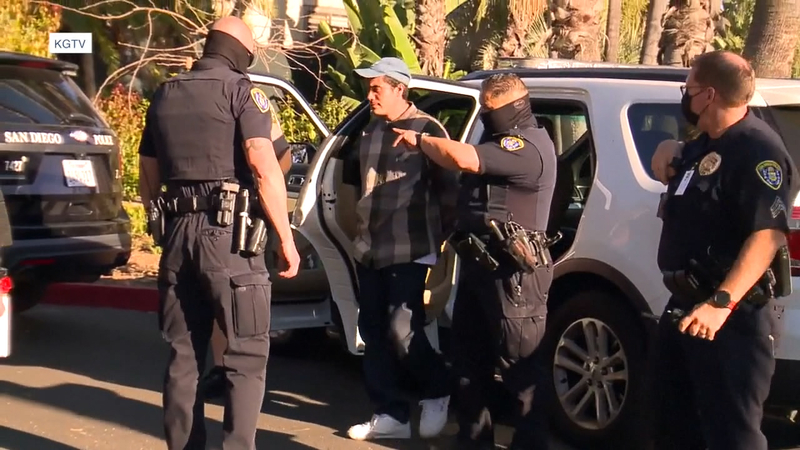 SAN DIEGO -- A father allegedly carried his 2-year-old daughter into an elephant habitat at the famous San Diego Zoo to take a photo with the animals, police said Friday.

An elephant seemed like it wanted to charge at them, and the father dropped his child when they tried to escape the enclosure, San Diego Police Sgt. Ariel Savage told NBC San Diego. He was eventually able to get her out safely.

The elephant was not harmed, zoo officials told The San Diego Union-Tribune.

The 25-year-old father was arrested on suspicion of child endangerment. Police told the newspaper the man "wanted to take a photo with the African bull elephant."

The incident occurred Friday afternoon at the zoo in Balboa Park when "two guests, despite multiple barriers, purposely and illegally trespassed into a habitat, which is home to our Asian and African elephants," zoo spokesman Andrew James wrote in a statement to the newspaper.
Report a correction or typo
Related topics:
san diegocaliforniaelephantu.s. & worldsan diego zoochild endangermenttrespassing
Copyright © 2021 by The Associated Press. All Rights Reserved.
More Videos
From CNN Newsource affiliates
TOP STORIES