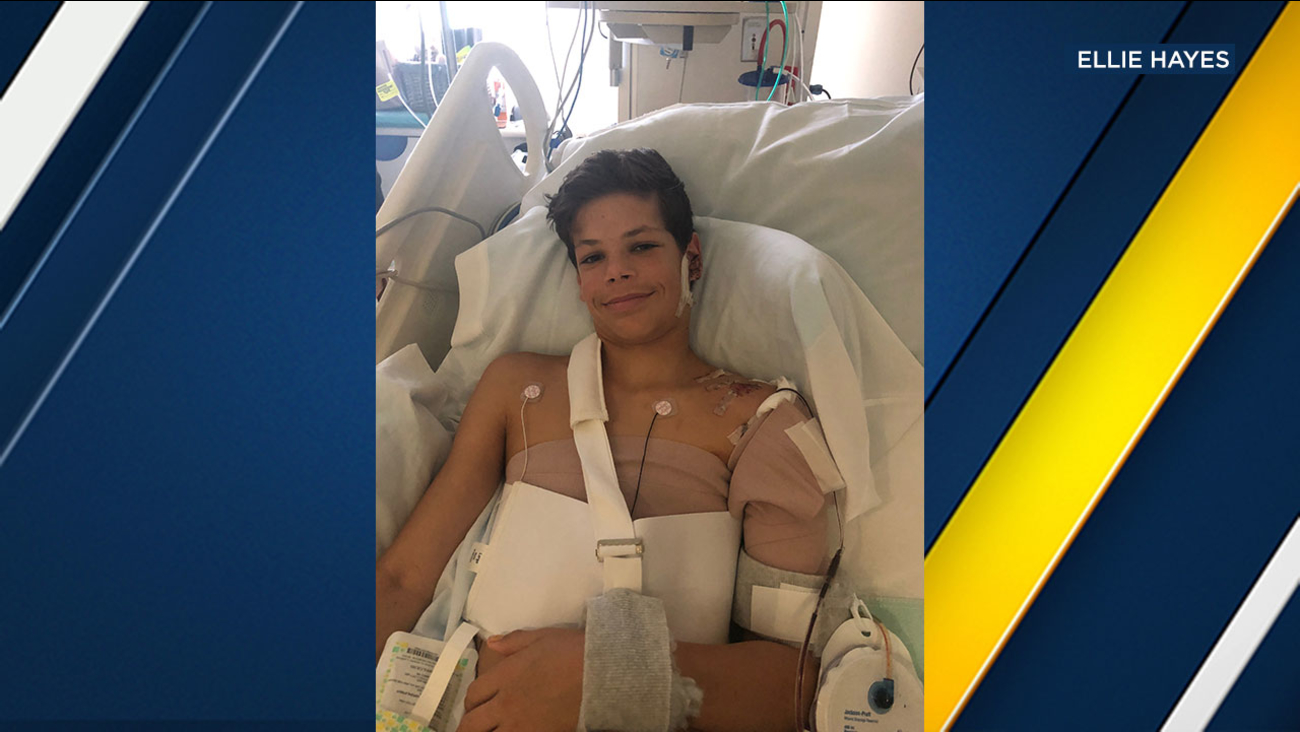 SAN DIEGO (KABC) -- A 13-year-old boy attacked by a shark off the coast of Encinitas was released from the hospital Thursday.

Keane Webre-Hayes was lobster diving with friends on Saturday, when he dove about 9 feet down and was attacked. Doctors said the shark caused injuries to Keane's back, torso, left arm, shoulder and left side of his face, according to KGTV in San Diego.

Three good Samaritans heard Keane's cries for help, placed him on a kayak and got him to shore. There, the group applied pressure to his wounds to stop the heavy bleeding. During a Monday press conference, doctors said Keane's biggest risk was blood loss.

He was airlifted to Rady Children's Hospital and underwent surgery.

On Monday, Keane's mother, Ellie Hayes, said she wanted her son to share his story of the attack whenever he is ready.

Scientists at the Shark Lab at Cal State Long Beach are testing Keane's wetsuit for shark DNA to determine what type attacked him.