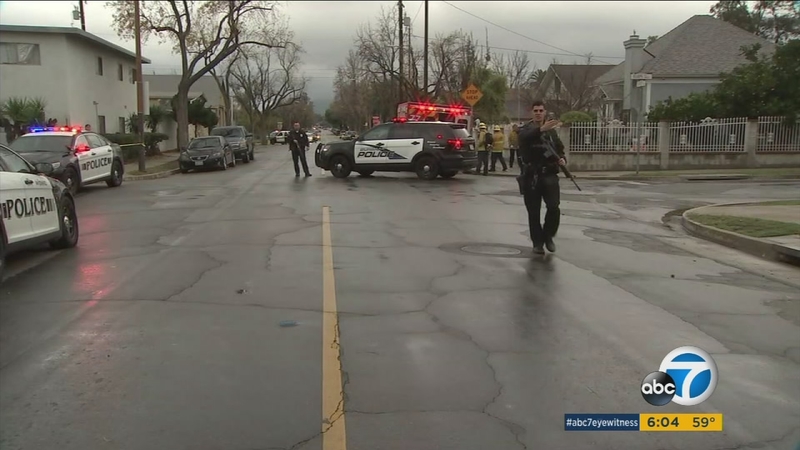 SAN FERNANDO, Calif. (KABC) -- A suspect was sought in a shooting that left at least one person dead and two others hospitalized in San Fernando on Friday.

The shooting was reported at about 2 p.m. in the 400 block of Harps Street, where at least five ambulances were seen.

Authorities said one man was found dead in the back of a home, and a man and woman were transported to a nearby hospital. The man was in critical condition, while the woman was in stable.

When authorities arrived at the home, the woman was in the front yard, suffering from a gunshot wound. She directed officers to the backyard where the two men were found.

Police were conducting a search for a suspect in the area, and residents were advised to shelter in place. Reports of a man with a gun seen jumping over fences in the area came through, and police established a search perimeter.

Authorities said two people were detained for questioning, but it was unclear whether they were involved in the shooting.

According to San Fernando Police Chief Anthony Vairo, it was not yet known whether the shooting was gang-related, but the victims in the shooting seemed to be the suspect's intended targets.

Investigators were searching homes along four blocks near the shooting area to find the suspect.

"We believe he's...within a four or five block perimeter, which we are actively searching for him," Vairo said.

Details into what led to the shooting were also being investigated.