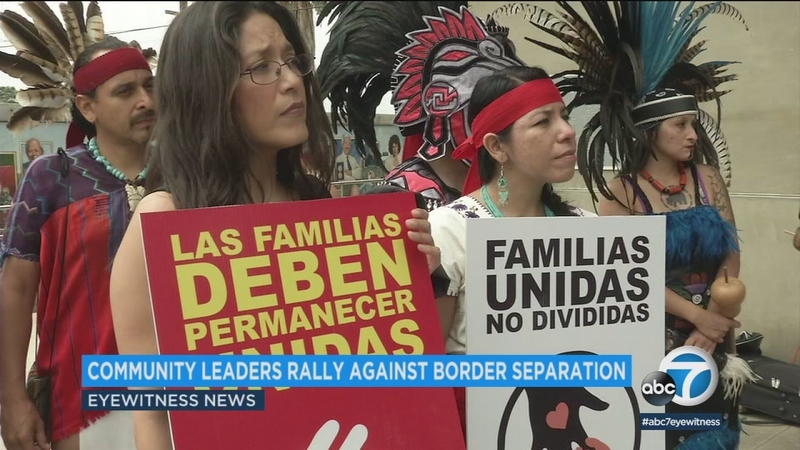 LOS ANGELES (KABC) -- A San Fernando Valley coalition of more than a dozen organizations came together as a way to support immigrant families.

"Every issue is local, how are we treating our immigrants locally, nationally, all ties together," said Helen Osiris-Torres, executive director and CEO of Hispanas Organized for Political Equality (HOPE).

Many people said they were moved by the more than 2,000 children separated from their parents at the border under President Donald Trump's zero-tolerance policy.

"I can't imagine how it would feel having any of my grandchildren or great grand child ripped from me in the fashion that they were," said Robert Winn, of the African American Leadership Organization.

While Trump signed an executive order to end the separations, Comisión Femenil's Maria Reza, a longtime educator, said it's not enough.

"It's only a temporary measure. It does not solve the whole situation," Reza said.

As many parents and children have yet to be reunified, people like Miry Whitehill are looking for ways to help minors in Southern California. Her organization, Miry's List, was created to aid refugees in the U.S.

"We voted to add to our family handbook an amendment saying that we could provide services to unaccompanied minors and minors who have been separated and are awaiting family reunification," Whitehill said.