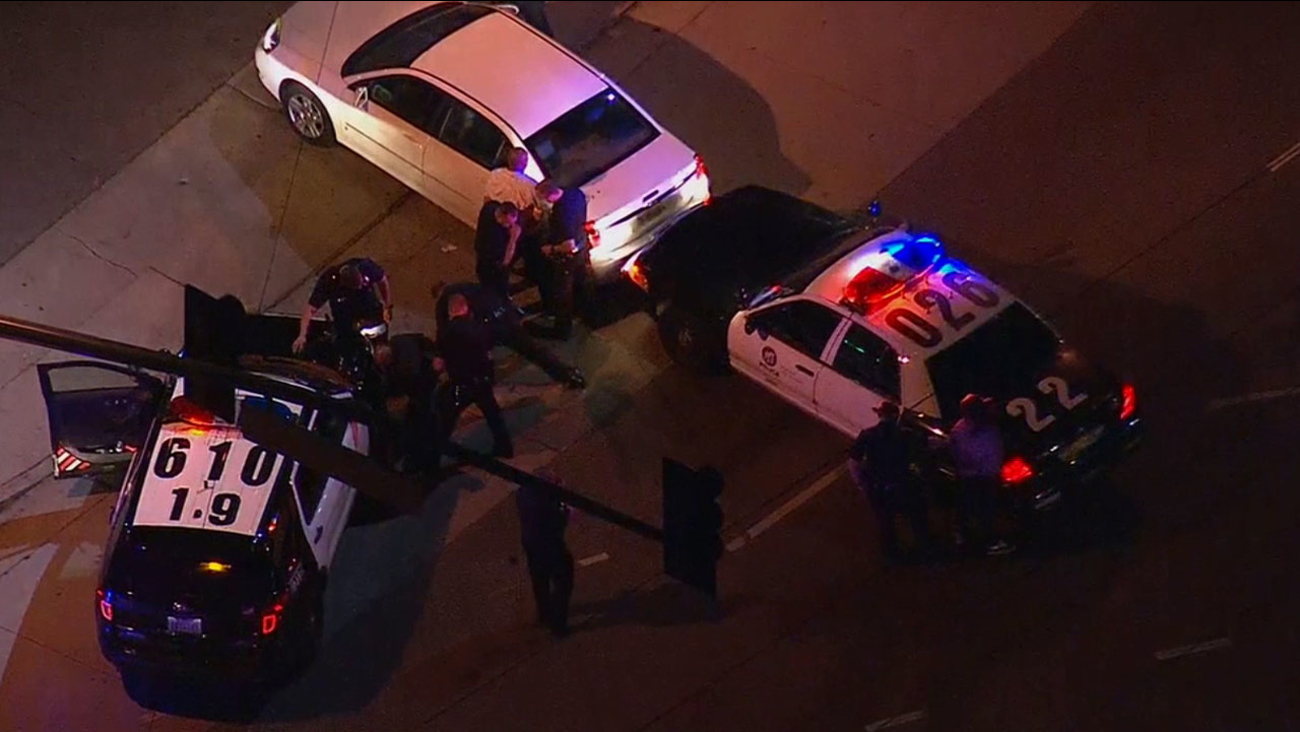 A pursuit ended at the intersection of Vineland Avenue and Chandler Boulevard in North Hollywood Wednesday, Jan. 14, 2015 after LAPD officers performed a PIT maneuver.

The pursuit began at about 10:45 p.m. in Pacoima after the driver, who was wanted for possible DUI, failed to yield to LAPD Mission Division officers.

The suspect was driving a white sedan and led police across the southbound 5 Freeway and the southbound 170 Freeway before exiting Victory Boulevard in North Hollywood. 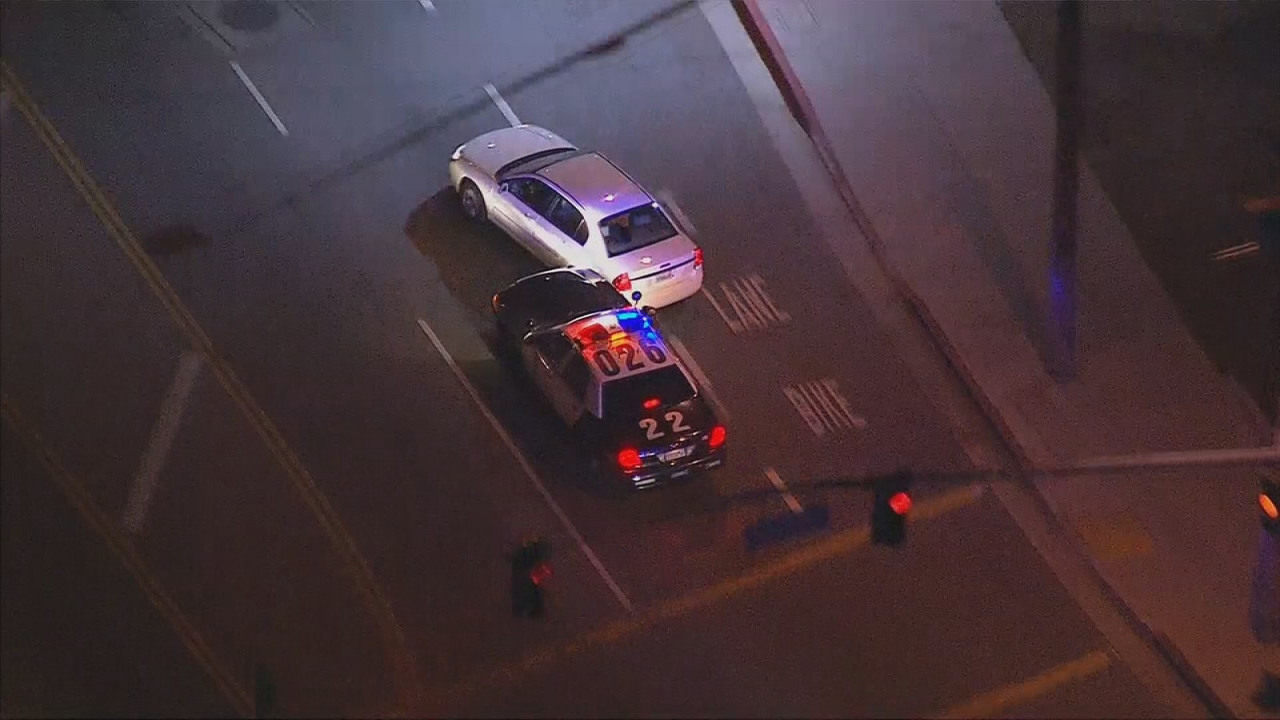 At 11:05 p.m., LAPD officers performed a successful PIT maneuver at the intersection of Vineland Avenue and Chandler Boulevard. The driver and at least two additional passengers were taken into custody after attempting to bail on foot.