Authorities are searching for a silver Chevrolet truck after a grandmother and her 1-year-old granddaughter were killed in a hit-and-run crash in San Gabriel.

SAN GABRIEL, Calif. (KABC) -- Authorities are searching for a silver Chevrolet truck after a grandmother and her 1-year-old granddaughter were killed in a hit-and-run crash in San Gabriel.

The crash happened around 9:30 p.m. at the intersection of Live Oak and Del Mar avenues. It was initially reported that a mother and her child were hit, but authorities later said it was a 59-year-old grandmother who was walking her granddaughter in a stroller.

The vehicle that struck the pair was described as a silver Chevy s-10 Extreme. The grandmother and child were rushed to LAC+USC Medical Center, where they died from their injuries.

A witness recalled the horrifying scene.

"I heard screeching, and I was right by my front door so as soon as I heard it, I looked outside and saw this truck smashing into something. I couldn't tell - it was nighttime. The unfortunate thing was I saw the baby flying in the air," Larry Corralez said.

Another resident said the crosswalk has been an issue for the neighborhood for some time.

"It's been a problem for many years. I've complained three or four times about the crosswalk not being painted bright enough so that you could cross," Edward Robles said.

The vehicle was seen heading northbound on Del Mar after the crash. Authorities said the truck's emblem was left at the scene.

The vehicle also had custom decals on the sides and sustained major front-end damage, authorities said.

Anyone with more information was urged to call the San Gabriel Police Department at (626) 308-2828. 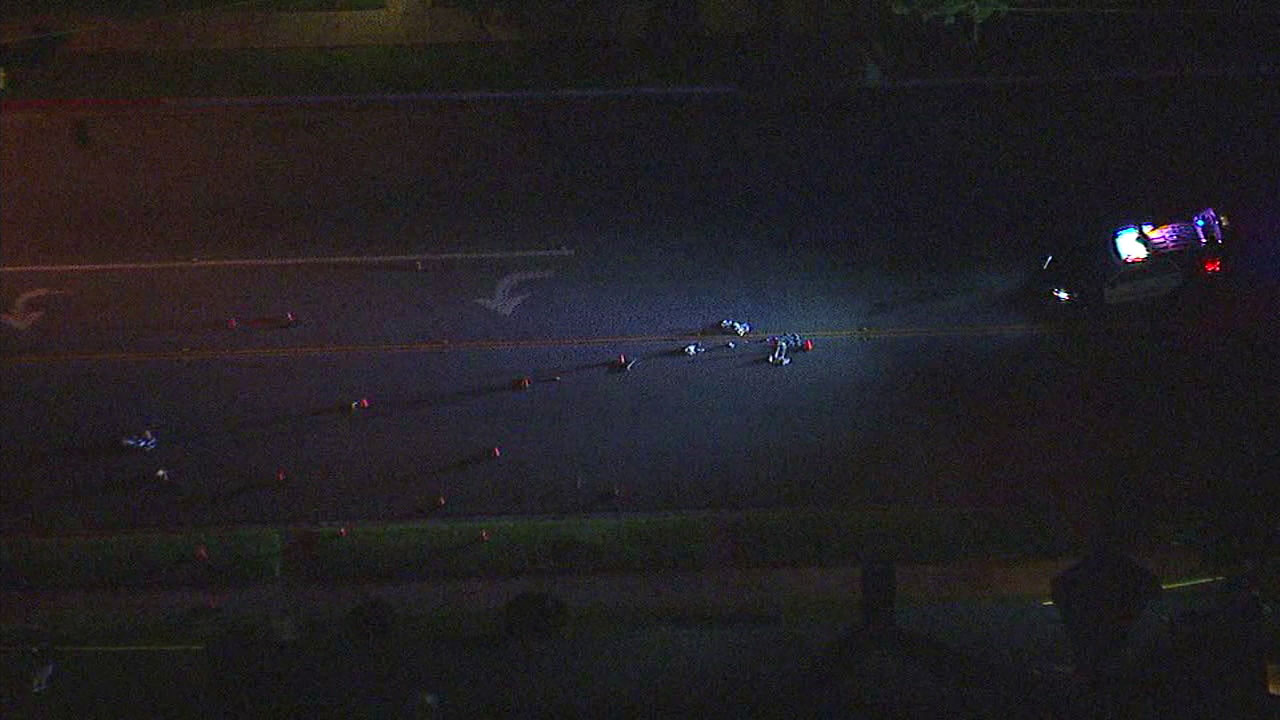