Chase suspect injured after crashing into pole in San Marino 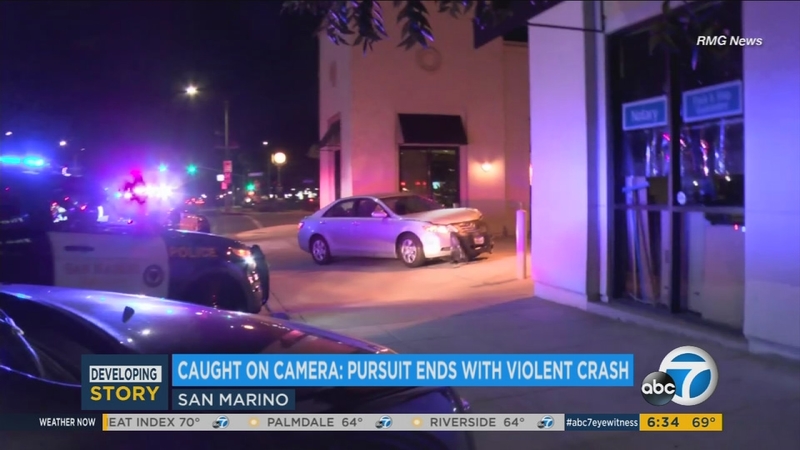 SAN MARINO, Calif. (KABC) -- A female chase suspect was injured after crashing into a pole near a library in San Marino Monday night.

Authorities began chasing the woman eastbound on Huntington Drive toward San Gabriel. The woman then changed directions and headed westbound on the same road.

At one point, she slammed into the corner of a Starbucks in the area. She was still able to back out and evade police in the parking lot. She went back near the Starbucks and rounded the corner, fleeing from police.

The woman later crashed into a pole near the library and firefighters had to extract her from the car.

Authorities said she was conscious and breathing, but complained of pain to her head. It was unclear what other injuries she sustained.

It was unclear what led to the chase.