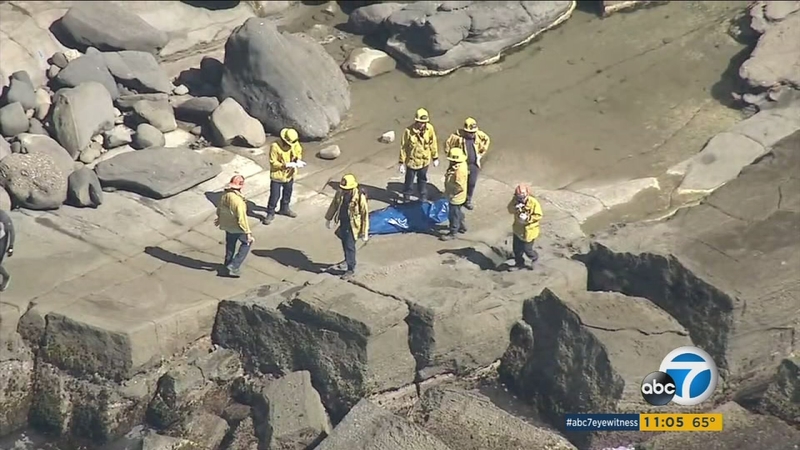 SAN PEDRO, Calif. (KABC) -- A 21-year-old woman fell to her death after trying to get a better view while looking out at the ocean on a cliff in San Pedro Friday afternoon.

It happened around 2:13 p.m. in the 500 block of W. Paseo del Mar. Firefighters headed down the cliff to remove her body.

Authorities said the woman had just relocated to the Los Angeles area from Nevada. She and two friends were looking out at the ocean when she climbed over a 3-foot wall to get a closer look and plummeted about 100-feet down the cliff, police said.

The county coroner's office identified her as Lorena Barrera, 21, of Sparks, Nevada.

Authorities said the woman tripped over her flip-flops while trying to take a photo. Her two friends tried to save her, but were unable to. They quickly ran to a nearby Metro bus and asked for the driver to call 911.