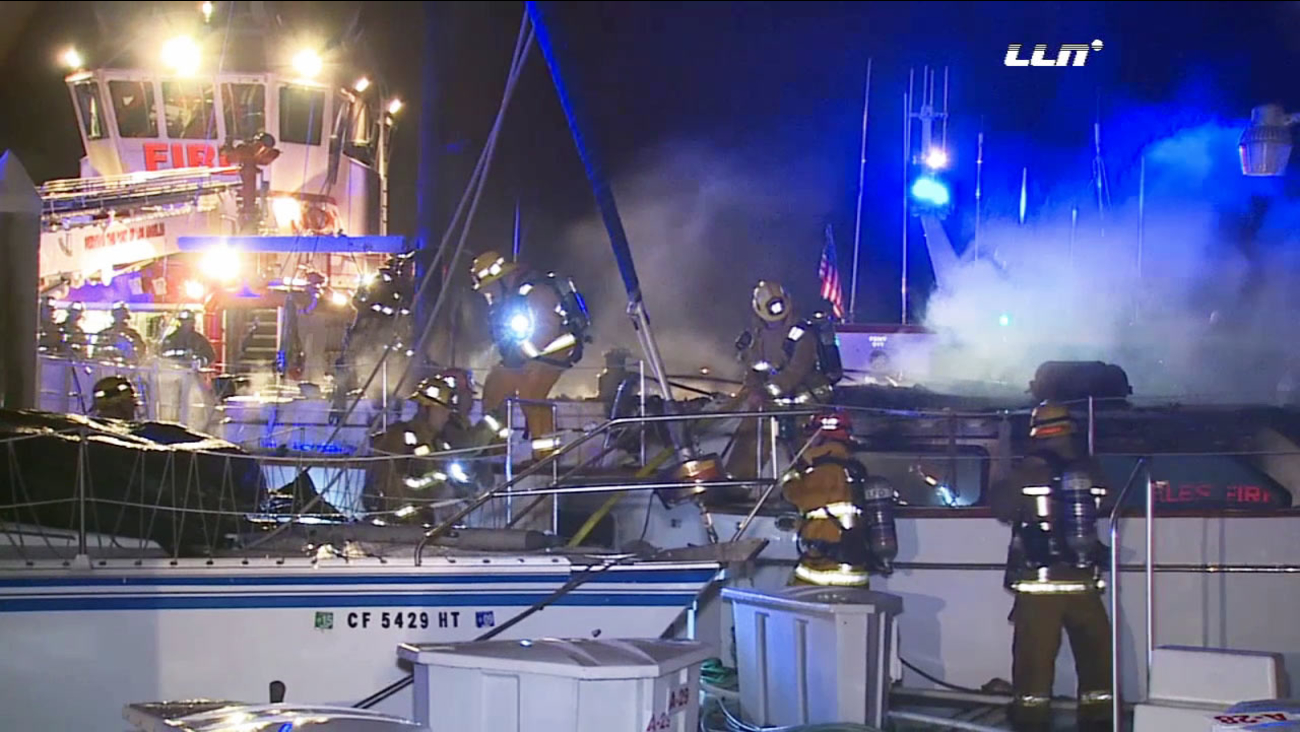 The blaze was reported around 2 a.m. in the 140 block of E. 22nd Street. Firefighters on land and in two fire boats managed to contain the flames to just one vessel.

It took less than 15 minutes to knock down the fire.