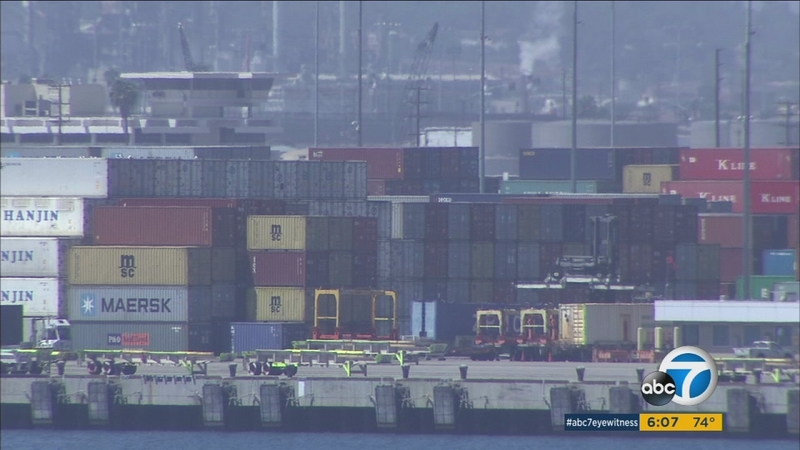 The filing leaves three full cargo ships stranded about 20 miles off the coast of San Pedro. The ships, which are from South Korea, China and Japan, were headed for the ports of Los Angeles and Long Beach.

The South Korean shipping company owns a majority stake in the Port of Long Beach's largest terminal, according to the Daily Breeze.

The three ships' arrivals were postponed because pulling into port requires exchange fees and payments to harbor pilots and tug-boat operators. Each ship contains about 10,000 containers.

"Our No. 1 priority is to make sure that the cargo that is on those ships makes it to the customers' hands as quickly and as safely as possible," Port of Long Beach spokesperson Michael Gold said. "As of now, operations continue without interruption. There are other vessels that are at berth. Those vessels are being discharged without any interruption."

But that is not the case for workers further down the supply chain. Truck drivers with a Hanjin container may find themselves stuck with the box and the bill.

"A marine terminal is not going to undertake that activity if it has no promise of being repaid," Port of Oakland spokesman Mike Zampa said.

Hanjin's failure began a few years ago when companies began building megaships that wound up lowering their profits. Now, the company is paying the price and customers aren't getting their goods.

According to the Daily Breeze, a funding plan by the parent company that owns Hanjin was rejected by Korean state-run banks, and the company's ships face possible seizures at some ports.