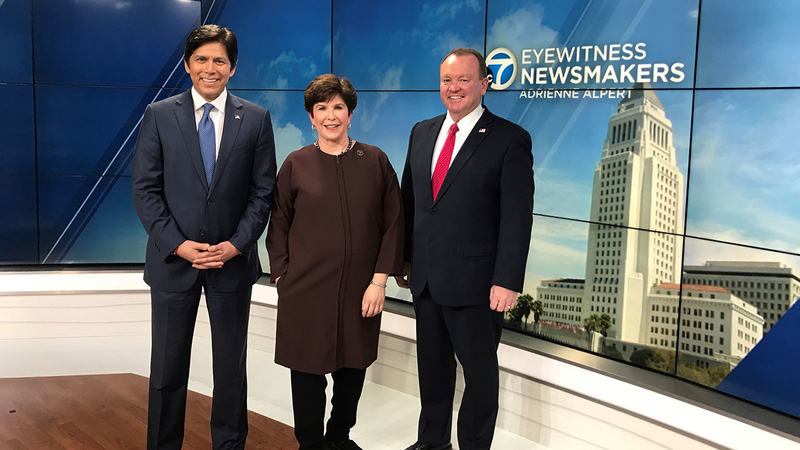 LOS ANGELES (KABC) -- The author of SB54 and a leading opponent of the measure appeared in a round-table discussion on Eyewitness Newsmakers.

California Senate President Pro Tem Kevin de Leon describes the bill he authored "The California Values Act," and says to describe it as a sanctuary state measure is a misnomer. He says the measure will prevent federal agents from rounding up undocumented prisoners in jails and deporting them, where they can return and commit more crime.

Los Angeles County Sheriff Jim McDonnell said there are policies in place now. He said ICE agents enter jails to take violent offenders after they have served their time with a safe custody transfer.

The two agreed on a number of issues, notably, the sheriff's emphasis on building trust in an immigrant community.

SB54 passed the Senate and is scheduled for hearing in an Assembly committee on Tuesday.