OC teachers speak up for students in sanctuary state debate 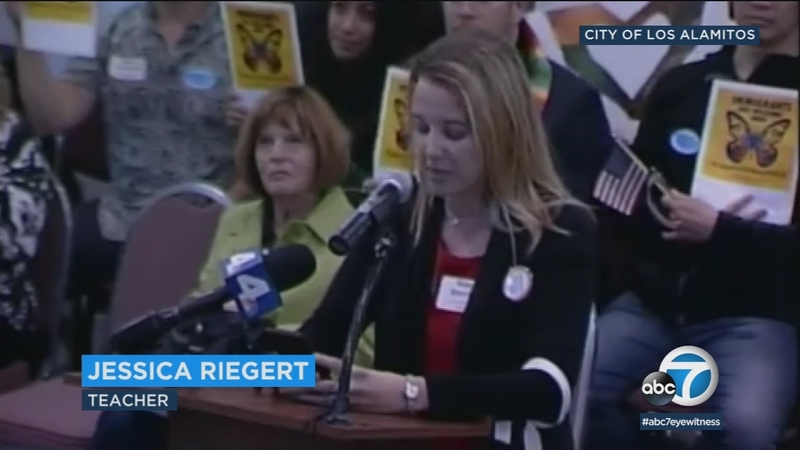 OC teachers speak up for students on sanctuary state debate

LOS ALAMITOS (KABC) -- Among the dozens that spoke out as Los Alamitos voted to exempt itself from the state's so-called "sanctuary state law" there were teachers like Jessica Riegert.

"I absolutely believe that I have to stand up for my students," Riegert told Eyewitness News.

She says she and her colleagues have heard troubling stories.

"They're afraid to have their parents come and drop them off at school or pick them up from school because they're afraid - afraid that they might get pulled over and reported to ICE," said another teacher.

One teen agreed to speak with Eyewitness News anonymously -- both her parents are undocumented.

The student said she cried to school when the ordinance was first proposed and is now more afraid when her father drives her to school.

"My future is so uncertain right now. I just don't know when the moment is finally actually going to come," she said.