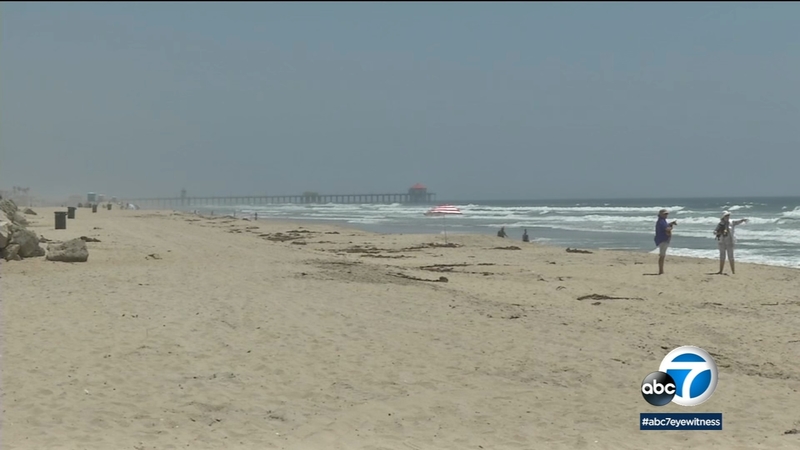 In Newport Beach last summer, high surf caused the streets of the Balboa Peninsula to flood with seawater. While climate change and the rise in sea level could be to blame, another culprit is the lack of sand.

"If we had more sand, we would prevent the flooding, regardless of how high the sea eventually rises, but this is really a factor of the narrow width of the sand," said Newport Beach City Councilwoman Diane Dixon.

Newport Beach, Huntington Beach and Seal Beach make up a 12-mile stretch that needs sand replenishment, more than 10 years after a program through the Army Corps of Engineers suddenly stopped. If it doesn't start back up again, this could be the new normal.

"It'll go from just being a recreational and environmental concern to a flooding and health and safety concern and I think we're pretty close to that tipping point," said Jim Merid, the Environmental Services Manager for Huntington Beach, who took a reporter up to Bluff Top Park where erosion is getting pretty bad.

"During high tide, the water actually encroaches all the way up to the edge of the cliffs here," he said. "If it continues to encroach along the blufftops, one of the things that it would threaten would be the parking lot right above it."

The electric blue waves are back in SoCal! Video from Newport Beach shows a man and his dog enjoying the glowing bioluminescent waters.

The additional sand acts as a natural buffer, and it's been brought in by the Army Corps since 1964 in response to flood control channels, which prevent the process from happening naturally. ABC7 was told the federal government pays about 3/4 of the bill, while local governments pay the rest.

In a statement, the U.S. Army Corps of Engineers Los Angeles District said the Surfside-Sunset Beach Nourishment project is important and continues to be considered for future funding.

The Corps is working on a Newport Bay Harbor dredging program that will help with recreational and commercial boats. Some of the sediment removed from this project will be placed in the nearshore area along Balboa Beach, southeast of the Balboa Pier, which will benefit the beach on the peninsula.

"The Army Corps on its own initiative said we will make sure the sand gets replenished on the beaches continuously and then it stopped, so we just wanted to bring it back to the way it was," said Dixon.

"Without it, these are some of the consequences that we can expect and anticipate, and the little money that we put into the project can save millions of dollars in rehabilitation and also issues related to flooding and even the loss of life," said Merid.

The cities are hoping to draw state and federal attention to this issue, urging leaders to work together in hopes of getting the project to move forward as it has in years past. They say they're in contact with Rep. Michelle Steel to help facilitate.
Report a correction or typo
Related topics:
orange countynewport beachseal beachhuntington beachbeachesfloodingocean beachoceansclimate change
Copyright © 2021 KABC-TV. All Rights Reserved.
More Videos
From CNN Newsource affiliates
TOP STORIES