Thanks to nearly $30 million dollars in CARES Act funding, the city of Santa Ana is able to directly help residents in the pandemic.
KABC
By Jessica De Nova 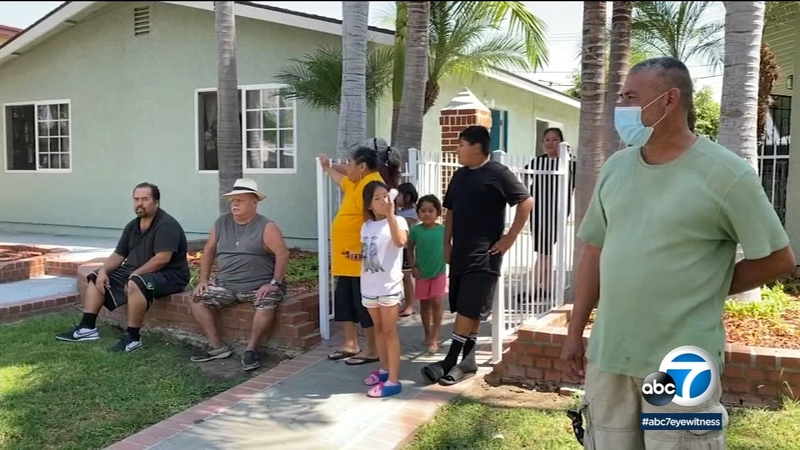 SANTA ANA, Calif. (KABC) -- Thanks to nearly $30 million dollars in CARES Act funding, the city of Santa Ana is able to directly help residents in the pandemic.

The aid includes a mobile resource center that goes into neighborhoods. What looked like a parade going into Townsend Street in Santa Ana Wednesday were truckloads of resources to help battle COVID-19.

That combined with multi-generational living and social inequalities have helped the virus spread like wildfire in the community.

"A lot of these residents are often essential workers. They're working in jobs where they might be more exposed to the general public," Santa Ana spokesperson Paul Eakins said.

Although O.C. was off the state's monitoring list with a testing positivity percent of 5.2 according to the OC Health Care Agency's website Wednesday, hotspots like this one in the cities of Santa Ana and Anaheim were seeing rates four times greater -- around 20%.

Residents were happy to see the help and though the process may be uncomfortable, many took advantage of the opportunity.

"I think it's a great thing here that they're giving back to the community," Colin Kelly said

"It's great. This is five minutes away from my house, pretty simple," Nelson Quintanilla said.

"So I could know if I have it, so I could, like, quarantine away from my mom and my sister," Roberto Rosilez Aladana said.

"It's important because I want to keep everyone safe. Everyone around me -- my neighbors, my friends, my family, random people as well. Anywhere I go, I just want to take care of them, no matter what, if I know them or not," Edgar Gatica said.

Santa Ana Mayor Miguel Pulido said it was an opportunity to teach families how to protect themselves because the fight is far from over.