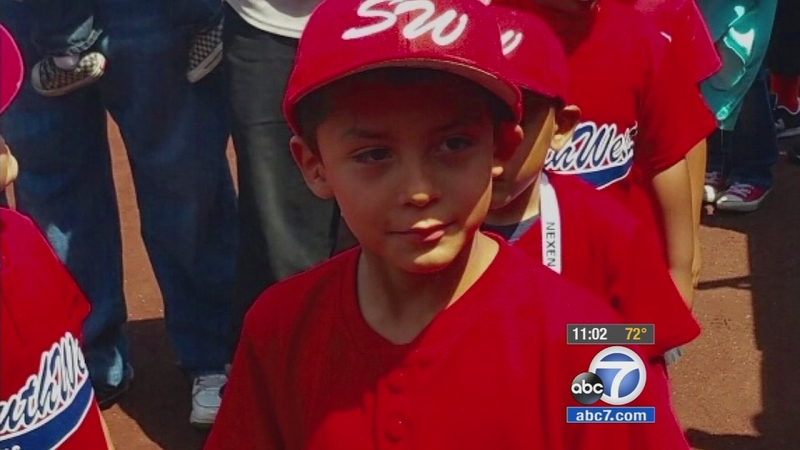 SANTA ANA, Calif. (KABC) -- A 6-year-old boy died after his legal guardian, who was allegedly driving under the influence of drugs, failed to yield and was T-boned by a suspected drunk driver in Santa Ana Monday afternoon.

The boy's uncle, 54-year-old David Wayne Cote, failed to yield the right-of-way at the intersection to the other suspected drunk driver.

Ivan Sandoval, 6, of Santa Ana was transported to UC Irvine Medical Center in critical condition, but died "on the operating table," Bertagna said. He was seated in the front seat of his uncle's BMW and took the brunt of the crash.

Cote was the boy's legal guardian. He was transported to Orange County Global Medical Center, where he's being treated in the intensive care unit. Orange County Fire Authority officials initially said the driver was Sandoval's father, but have since identified him as his uncle.

The child's father, Ivan Sandoval Sr., said his son was a little angel. Family and friends said he was a loving little boy who loved to play tee-ball. He would have turned 7 on Aug. 9.

Footage captured at the scene showed Good Samaritans calling out to Ivan as they tried to free him from the mangled wreckage.