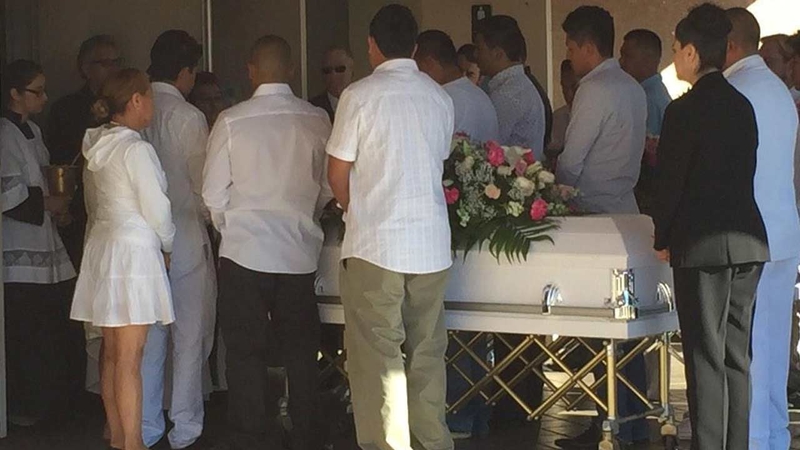 SANTA ANA, Calif. (KABC) -- Two white caskets were rolled into Our Lady of Guadalupe Parish in Santa Ana, where loved ones gathered to say their final good-byes to twins Lexi and Lexandra Perez-Huerta.

Just about three miles away, the girls' friend Andrea Gonzalez was remembered at a separate service at Holy Family Cathedral in Orange.

A memorial of flowers, pictures, balloons and candles marks the corner of Fairhaven and Jacaranda, where the tragedy happened.

The suspected driver of that CRV is 31-year-old Jaquinn Ramone Bell. He was arrested Sunday and is being held on $1 million bail pending arraignment Dec. 16 on charges of grossly negligent vehicular manslaughter and hit-and-run.

Officials say Bell's two children were in the CRV with him that night, and he was driving with a suspended license.

If convicted, Bell could face up to 17 years in state prison.