A 24-year-old woman has been arrested for allegedly assaulting a McDonald's manager in Santa Ana in a violent incident that was captured on surveillance video.

SANTA ANA, Calif. (KABC) -- A 24-year-old woman has been arrested for allegedly assaulting a McDonald's manager in Santa Ana in a violent incident that was captured on surveillance video, authorities announced Wednesday.

Mayra Berenice Gallo had allegedly requested ketchup and was told she could not be in an employee area before the attack occurred about 11 p.m. Oct. 13, according to the Santa Ana Police Department.

"She didn't get her ketchup or enough ketchup so she takes it on herself to go through the employee entrance and confronts the manager and the manager says, 'Hey, you have to go outside,''' and then the beating erupted," Cpl. Anthony Bertagna said last month.

Gallo is accused of kicking, punching and choking the employee at the fast-food restaurant in the 1500 block of North Bristol Street.

"After doing the story with numerous media outlets, detectives received numerous tips leading them to the identity and location of the suspect wanted in this assault," the Police Department said in a statement.

A warrant was issued for Gallo, who was arrested at her home without incident and booked, authorities said. Her bail was set at $15,000. 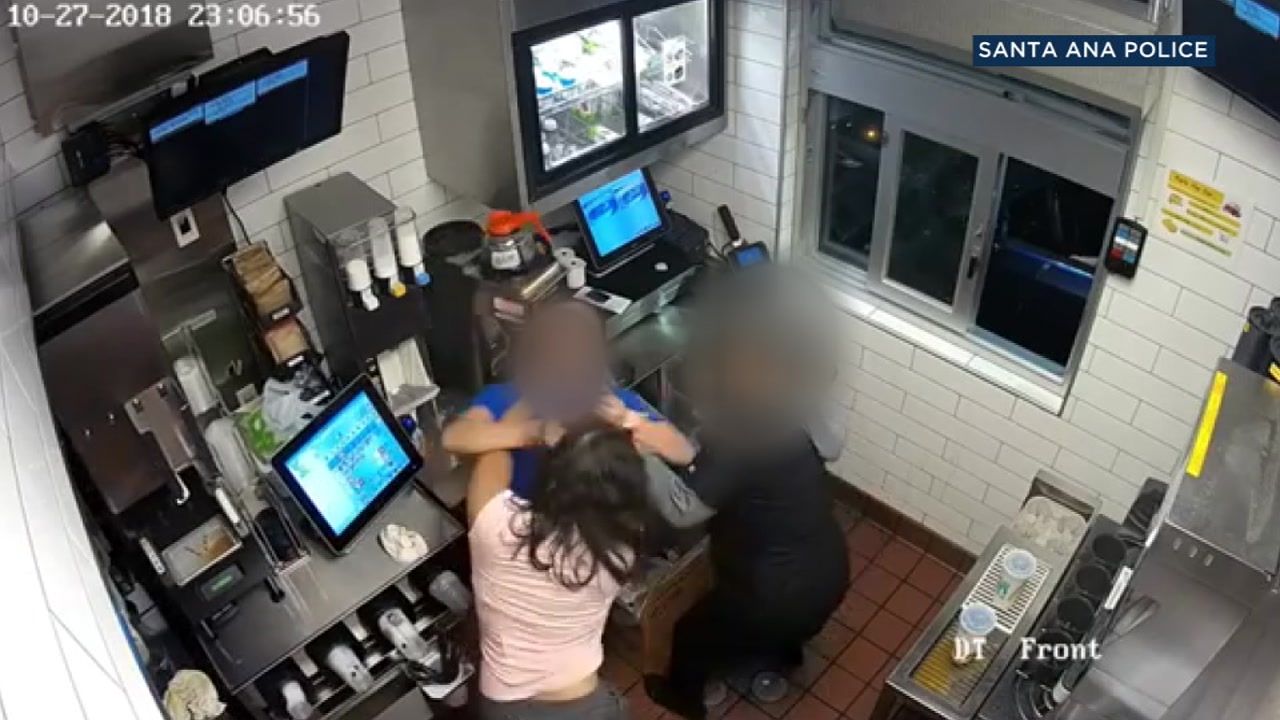