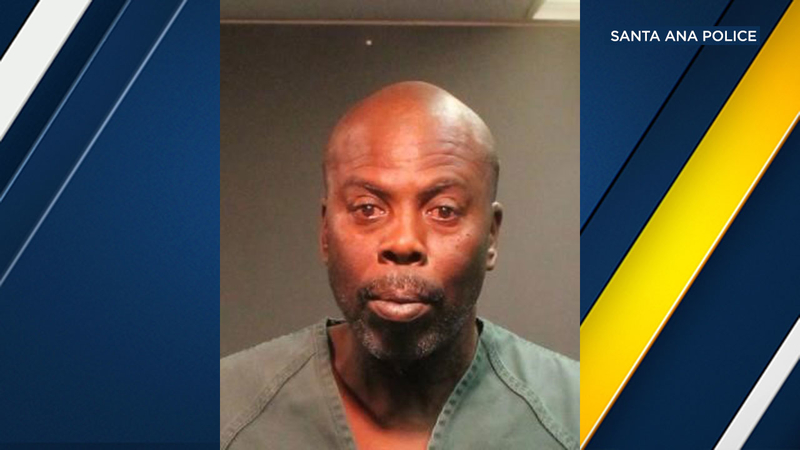 SANTA ANA, Calif. (KABC) -- A 55-year-old man was arrested after telling authorities he may have killed a woman whose body was found in a Santa Ana motel room early Tuesday morning.

Milton Louis Mayfield of Anaheim is suspected in the death of Deborah Ann Simon, 55.

California Highway Patrol officers in Tulare County detained Mayfield on Tuesday morning at approximately 4:50 a.m. after his car broke down on the freeway.

CHP officers said Mayfield made statements indicating he may have killed a woman in a Santa Ana motel room.

Santa Ana detectives escorted Mayfield back to Orange County, where he was booked on suspicion of murder after an investigation.

Detectives also took possession of the vehicle, which they say belonged to Simon.

According to Santa Ana police, Simon was found unresponsive inside a room at the Sunshine Village Motel in Santa Ana near First Street and Grand Avenue, where she was later declared dead by Orange County Fire Authority paramedics at approximately 5:21 a.m.