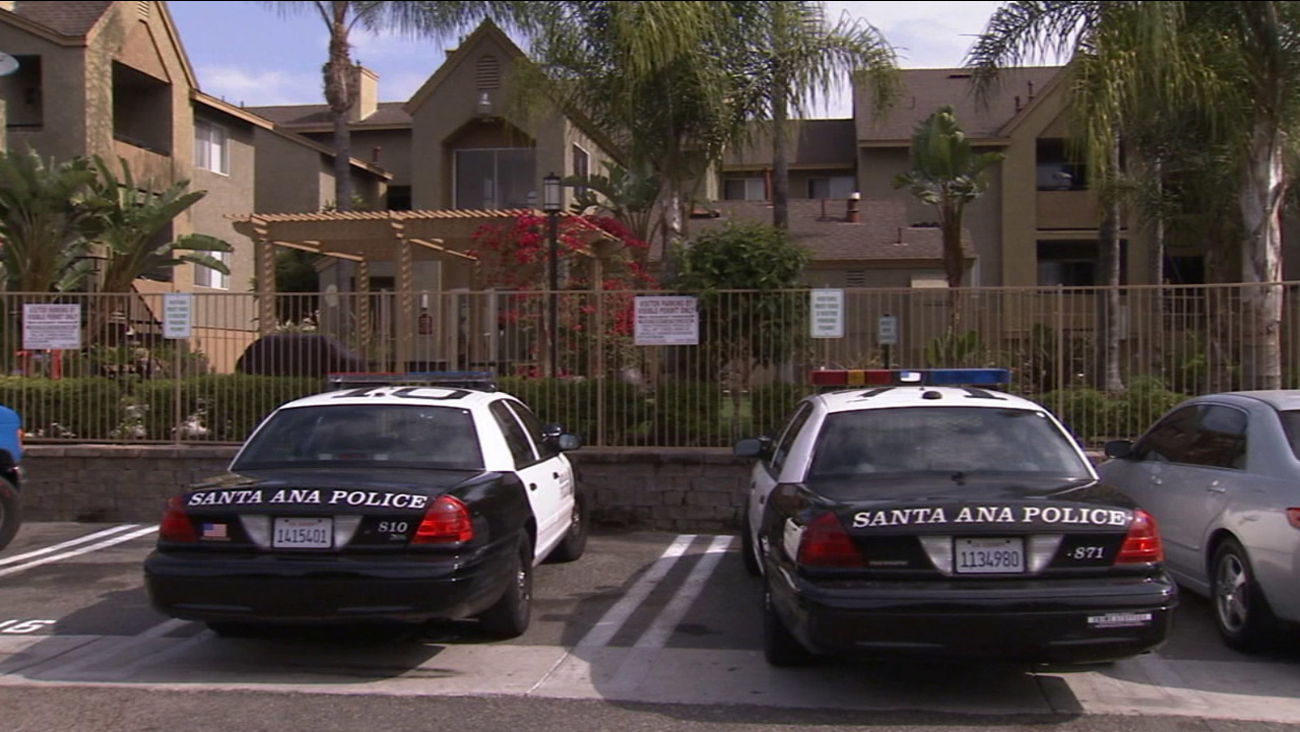 Police investigate the death of a man whose body was found in a Santa Ana apartment on Wednesday, May 28, 2014.

SANTA ANA, Calif. -- A suspicious death investigation is underway in Santa Ana on Wednesday after a man's body was found inside an apartment.

Authorities were called to the apartment complex in the 1300 block of North Harbor Boulevard at 1:20 a.m. after residents reported finding their roommate, a man in his 50s, dead inside their apartment. The man's name has not been released.

There were five other people living with the man in the two-bedroom apartment, police said. Homicide detectives said they interviewed and released the roommates and do not believe they were involved at this time.

Authorities said they do not believe there is a public threat, but no suspect information was released. The man's cause of death is not yet known.