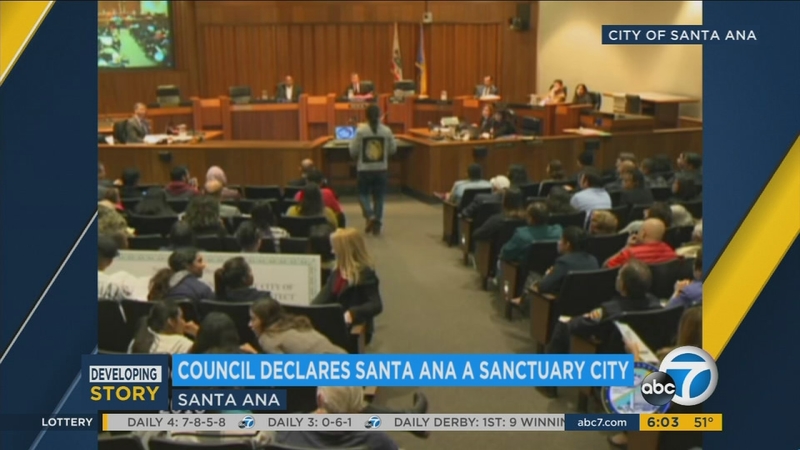 Santa Ana declared a sanctuary city after vote by council

SANTA ANA, Calif. (KABC) -- The Santa Ana City Council on Tuesday voted unanimously to declare the municipality a sanctuary city, marking the first time such a resolution to protect undocumented immigrants has been passed in Orange County.

The move was largely symbolic but is seen as an act of defiance against President-elect Donald Trump and his stated immigration policies.

The city is looking to terminate its contract with the Department of Homeland Security's U.S. Immigration and Customs Enforcement agency, which uses space in Santa Ana's jails.