Robbery suspect in custody after barricading himself near 2 Santa Ana schools, prompting lockdown 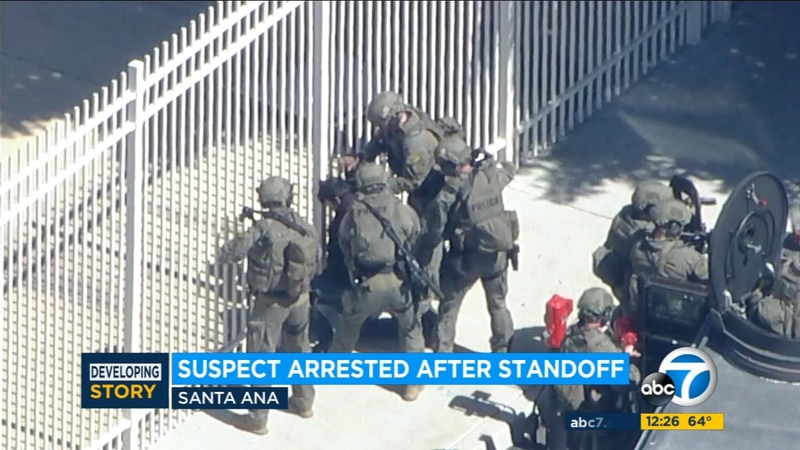 SANTA ANA, Calif. (KABC) -- Two elementary schools in Santa Ana were temporarily placed on lockdown Tuesday morning due to a possibly armed robbery suspect who barricaded himself inside a car near the campus.

The incident started around 8:20 a.m. after a brief pursuit that ended along Flower Street near Pio Pico Elementary School, according to the Santa Ana Police Department. Police said the suspect was wanted for a series of robberies and was believed to be armed.

Pio Pico and Lowell elementary schools were placed on lockdown due to the police activity, according to the Santa Ana Unified School District. At least two SWAT vehicle was seen at the scene.

The situation was still active just before noon, but the suspect exited the vehicle and surrendered around 12:15 p.m.

The lockdowns were lifted shortly after the suspect was taken into custody.

"Children may now be picked up from school. However, students may also remain at the school sites until regular dismissal time if parents/guardians are not able to pick them up at this time," the district said in an online alert.