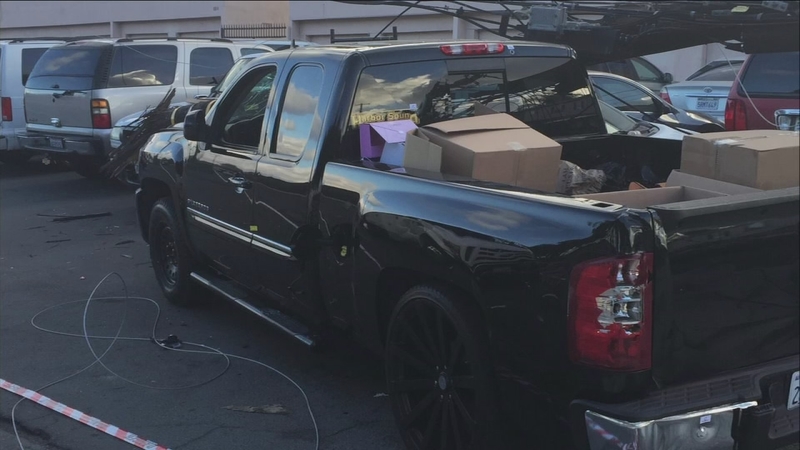 Driver crashes into pole in OC after being shot, causes outage

SANTA ANA, Calif. (KABC) -- A truck driver crashed into a power pole and caused a power outage for a neighborhood in Santa Ana after he was shot early Thursday morning.

Authorities said the incident happened just before 1 a.m. in an alleyway behind apartments on Townsend Street. After the man had been shot, he hit several parked cars with his truck and then crashed into the power pole, breaking it apart.

That power pole then hit other vehicles after breaking apart. The power was knocked out for at least two blocks, affecting about 140 people. Edison crews arrived on scene and estimated power would be back on by 6 p.m.

The wounded driver, 25, was taken to a hospital and listed in critical condition and on life support.

Authorities said the area where the driver was is considered gang territory, but believe he may have been a random target in a possible gang shooting.

Locals familiar with the alley, where the shooting occurred, described it as a dangerous place.

The truck was shot three times, and authorities said the man was only struck by one of those bullets. Authorities believe the victim was helping a friend move into an apartment.

Authorities did not have much to go on and could not provide a suspect description as there are no witnesses.