2 in critical condition after police shoot suspect who stabbed woman 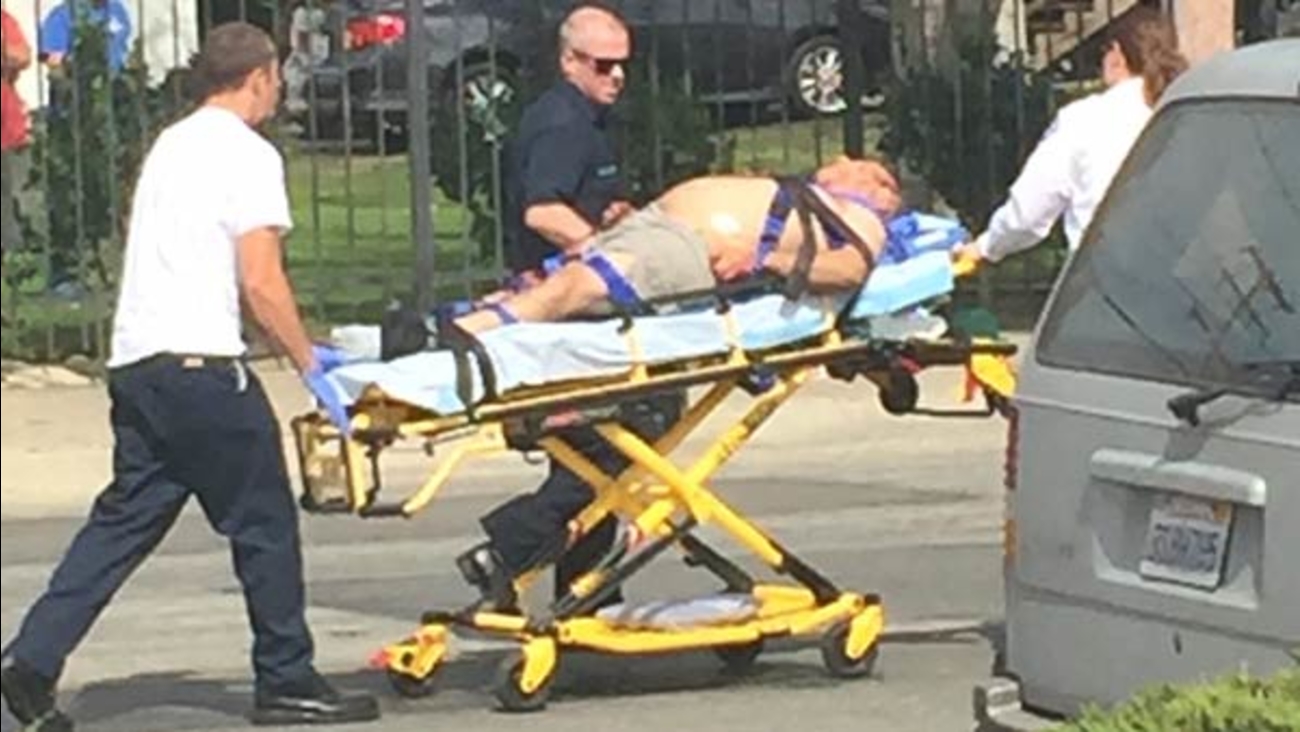 A man is being wheeled away in a gurney after being hit in an officer-involved shooting in Santa Ana. The man is suspected of stabbing a woman on Friday, Feb. 20, 2015. (Photo courtesy Matt Bennett)

Santa Ana police received a call about a man stabbing a woman in her 20s. Three employees from Spektrum Clothing and a truck driver intervened in the scuffle. They grabbed pipes and hit the man.

The group followed the man as he walked down the street and around a corner. They called police and continued to keep track of the man until officers arrived.

Officers located the man near Harvard Street and Susan Avenue. An officer-involved shooting occurred, and the suspect was taken to UCI Medical Center in critical condition.

The woman was also taken to UCI Medical Center. Both the suspect and the victim received surgery for their injuries.