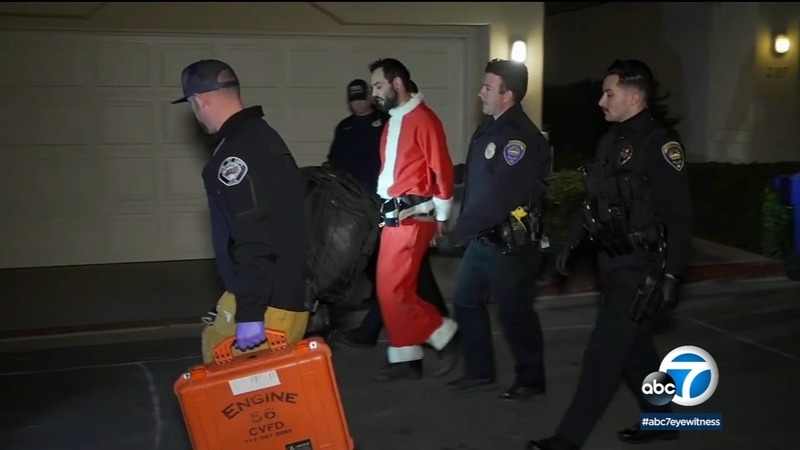 CHULA VISTA, Calif. (KABC) -- A man dressed as Santa Claus added an accessory to his Santa suit - a pair of handcuffs.

Chula Vista police said the man crashed into several parked cars, wrecked his own vehicle, and then ran off.

Witnesses had called police describing the driver as a man in a Santa suit.

Officers found part of the costume and an identification inside the vehicle that led them to the suspect. He was arrested at his home.