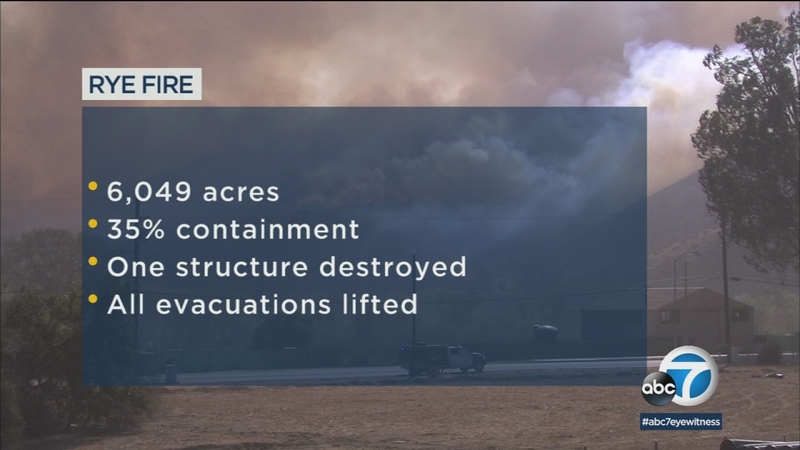 SANTA CLARITA, Calif. (KABC) -- The Rye Fire, which burned more than 6,000 acres in the Santa Clarita area, is now 50 percent contained and evacuations were lifted Friday, according to fire officials.

By Friday, the inferno had charred 6,049 acres west of Valencia.

Favorable conditions helped firefighters make progress, according to Cal Fire officials, but they warned that the red flag warning and wind conditions still pose a threat to the area.

One structure was destroyed in the blaze and one firefighter was injured, according to fire officials.

The cause of the fire was still under investigation.