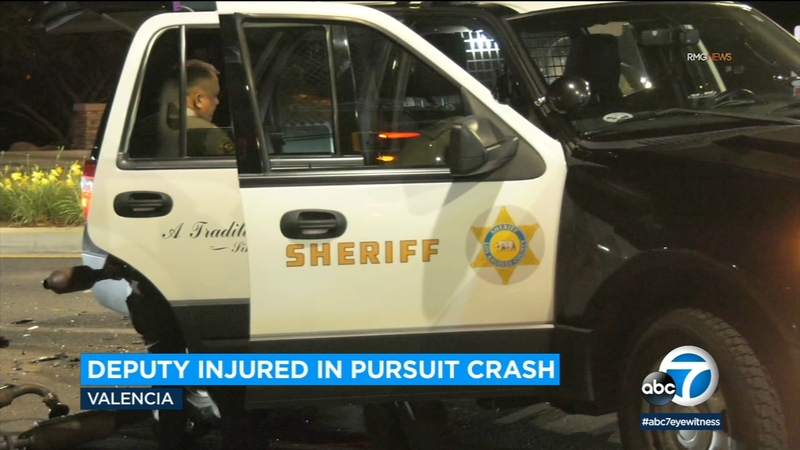 SANTA CLARITA, Calif. (KABC) -- A crash in Santa Clarita on Saturday morning left a Los Angeles County sheriff's deputy and three suspects hospitalized following a chase that was prompted by a report of a catalytic converter theft, authorities said.

The deputy was involved in a pursuit of the suspects on the southbound 5 Freeway in Valencia; authorities called off the chase at Calgrove Boulevard due to the high rate of speed, a spokesperson for the Los Angeles County Sheriff's Department said.

News video from the scene showed a severely damaged minivan that had apparently been T-boned on its driver's side. The front end of the LASD vehicle was mangled. Several catalytic converters were recovered by deputies.

The deputy and the three suspects were transported to a hospital, where the deputy was listed in stable condition and has since been released. The suspects' conditions were not immediately known.

The driver of the stolen vehicle remained at large.