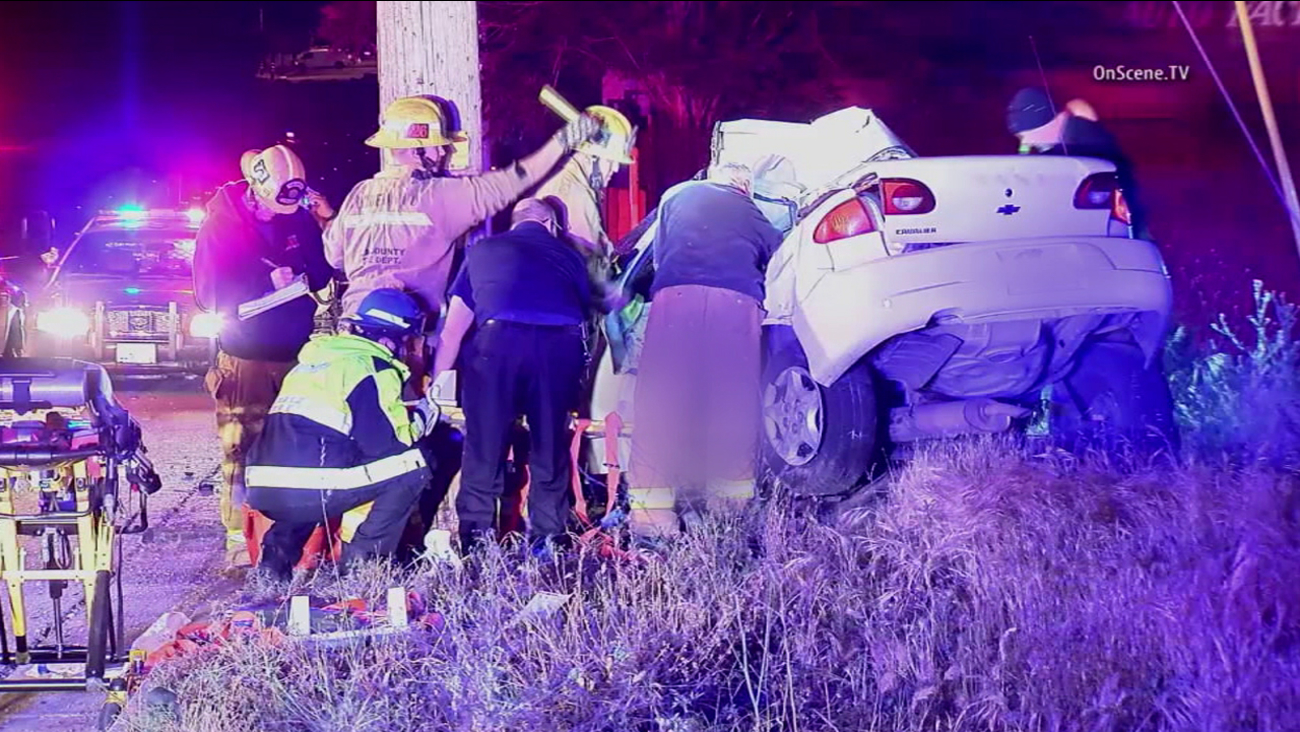 The single-vehicle accident occurred in the 23000 block of N. Sierra Highway around 1 a.m., Sgt. David Shoemaker of the Santa Clarita Sheriff's Station said.

Shoemaker said the car slammed into a utility pole.

The two men were pronounced dead at the scene. Their names were not released pending notification of next of kin. A third man was transported to a local hospital in critical condition.

It's unclear if drugs or alcohol played a role in the crash. The investigation is ongoing.