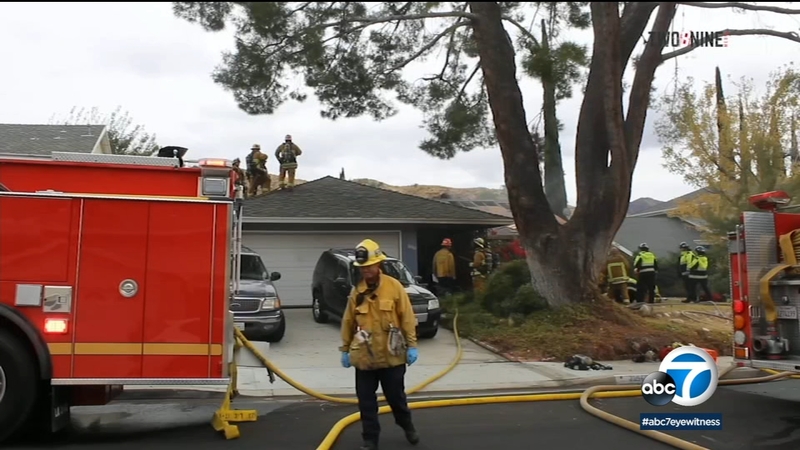 2 dead after fire breaks out in Santa Clarita home

SANTA CLARITA, Calif. (KABC) -- A husband and wife died after a fire broke out at a home in Santa Clarita Saturday.

Los Angeles County firefighters responded to the blaze shortly before noon in the 28900 block of Flowerpark Drive after neighbors reported seeing smoke coming from the home.

A woman in her late 70s was declared dead at the scene. A man in his 80s died after being transported to a local hospital.

"I ran out to the front yard and we could see the smoke just billowing out of that little window right there and I came running back in the house and screamed to him, "It's a fire...our neighbors' house is on fire," said neighbor Leslie Tripp.

Neighbors said the woman suffered from a number of health issues.

"They often called paramedics and ambulances in the middle of the night. She was bed-bound...for various reasons," Tripp said.

"We just kinda all watched out for them. We knew that they needed some help, mostly her. Good people...kept to themselves. He did the best he could to take care of her," said neighbor Kenny Medina.

Officials said the two victims were the only ones inside the house.

The fire reportedly starting in a bedroom before spreading to the attic. The fire was extinguished by 1 p.m.