Homeless girl, 17, dies after being struck by hit-and-run driver in Canyon Country 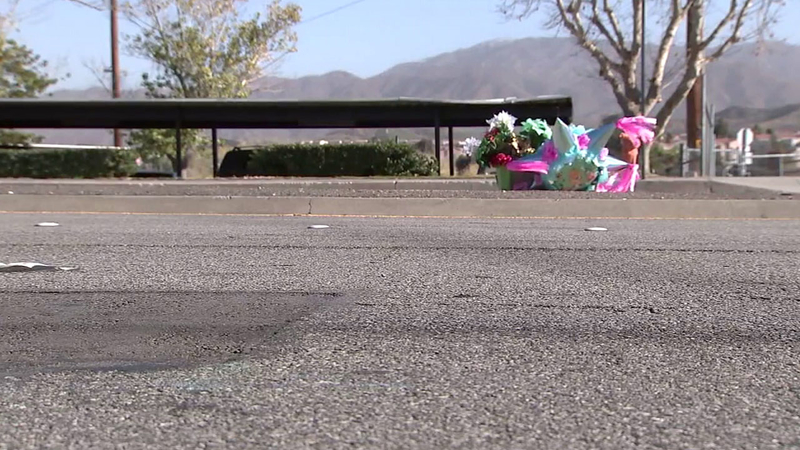 SANTA CLARITA, Calif. (KABC) -- A 17-year-old girl was struck and killed by a hit-and-run driver in Canyon Country Monday evening.

The collision was reported at 8:30 p.m. in the 27500 block of Sierra Highway, according to the Los Angeles County Sheriff's Department.

Detectives said Tuesday they have yet to find any witnesses who could at least identify the car that struck the teen.

"We don't actually have a reason as to why the victim was crossing the road. We don't have any witnesses. We were out this morning to look for cameras in the area and so far we haven't been able to locate any cameras," L.A. County sheriff's Sgt. Scott Shoemaker.

The victim's friend, Oscar Viaa, was in a cast and limped across the busy Sierra Highway to place flowers on the median, not far from where his friend was killed. He said she dreamed of becoming something more than just another soul homeless on the streets.

""That's my homegirl - dreamer. She didn't even deserve this. She was just a young girl," he said.

He said the teen respected him like a brother and just because she was homeless did not mean her life didn't matter. She mattered to him and others who tried to protect her from the harsh streets she called home, he said.

Authorities have not identified the victim or said if she was in a marked crosswalk at the time of the incident.