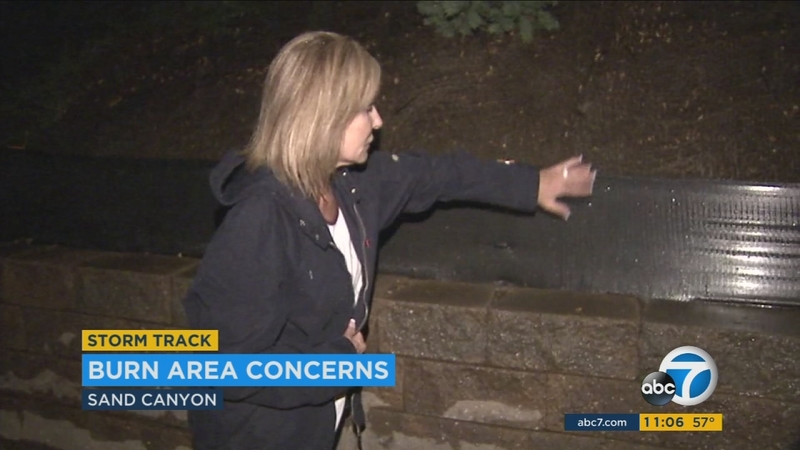 SANTA CLARITA, Calif. (KABC) -- Residents in the city of Santa Clarita worked to prepare for rain and the possibility of mudslides as a storm hit the region on Sunday.

Every fire station in the city offered sandbags for families to line their property in preparation for the showers.

The Sand Fire over the summer burned tens of thousands of acres and destroyed numerous homes, ravaging the hillsides above Santa Clarita.


The scorched area is now at risk for mudslides during heavy rainfall, leaving homes and neighborhoods below the hillside vulnerable to the effects of the damage.

"Depending on the amount of precipitation or rainfall, it depends on how much is absorbed in the soil itself. But really it's all the material that was burned off," Batt. Chief Darus Ane with the Los Angeles County Fire Department explained.

Residents in the Cajon Pass prepared for the possibility of mudslides due to a storm sweeping through Southern California.

City of Los Angeles Department of Public Works worked for months to clear debris basins and to educate communities about the dangers of mudslides, especially when there's significant rainfall.