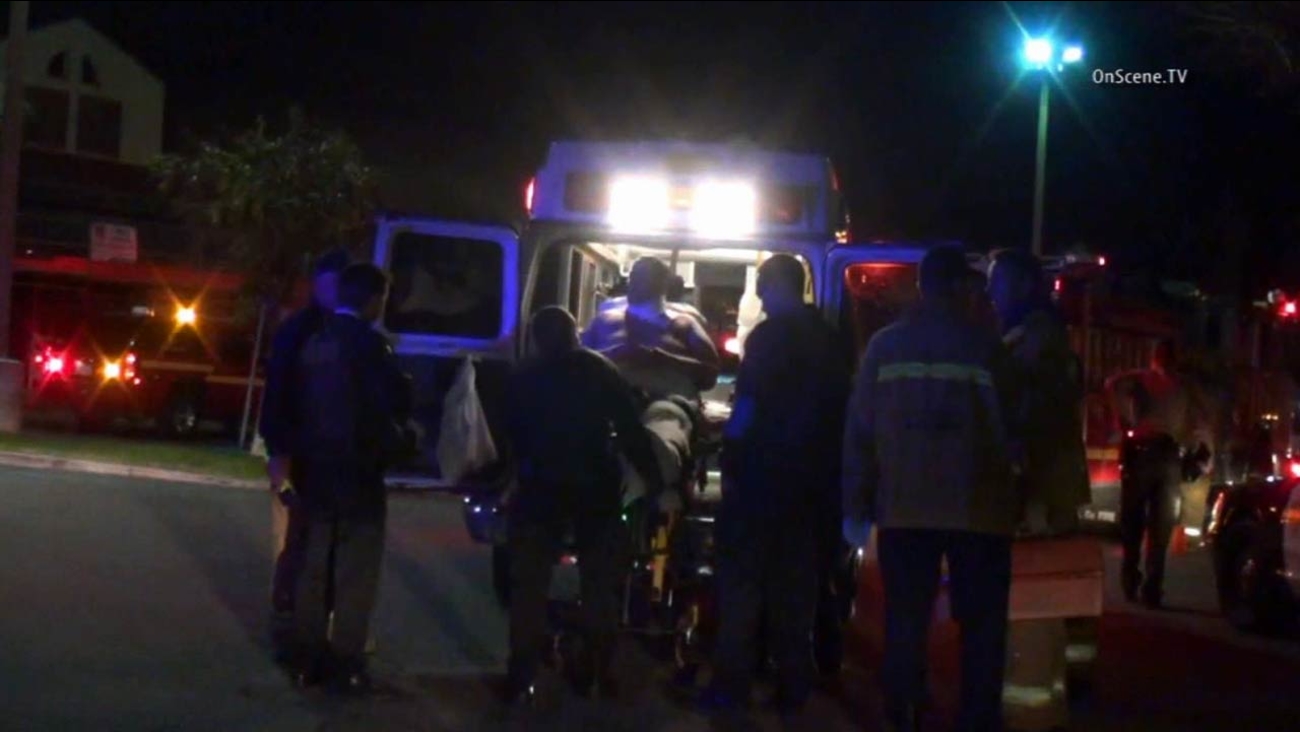 A man was transported to a local hospital in Santa Clarita after being stabbed in the chest multiple times on Wednesday, Feb. 25, 2015.

Around 9:10 p.m., Santa Clarita Sheriff's deputies responded to a report of a stabbing in the area.

When they arrived at the scene, authorities found a man with several stab wounds to his chest.

Investigators said the victim had been attacked in a parking lot, though it was unclear what prompted the assault.

The injured man was transported to a nearby hospital in an unknown condition.