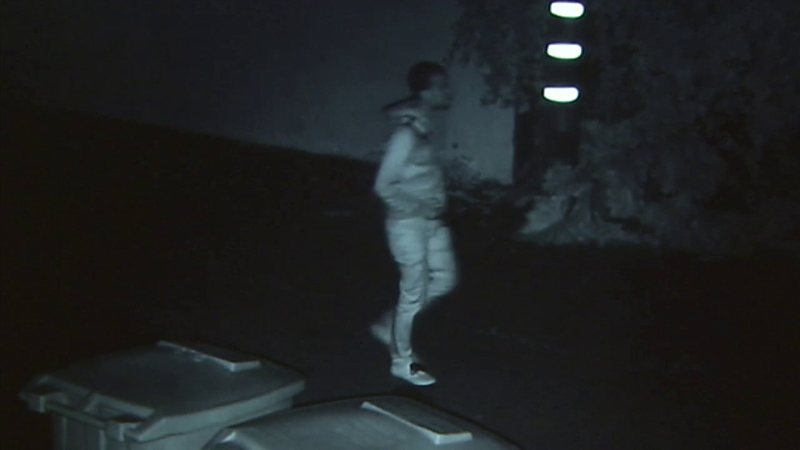 SANTA MONICA, Calif. (KABC) -- A Santa Monica woman woke up to a stranger standing over her while she slept in her bed and now police believe they have a lead on the suspect.

The suspect entered a woman's home through an unlocked backdoor and stood over her bed, according to officials.

Authorities stated the woman screamed when she saw the suspect standing above her. The suspect then put his hand over the woman's mouth and told her to be quiet, police said.

Officials said the woman's family members were awoken by the commotion and the suspect ran out a backdoor in the home.

Police said about two hours before the incident, they received a call for a home alarm activation in the 300 block of 16th Street.

Detectives believe the same suspect scaled a wall at the home and entered the backyard. Authorities said the man entered an unlocked and unoccupied guest house which activated the alarm.

The suspect then ran from the scene, police said.

New video from an alleyway near the 300 block of 16th Street that evening revealed a person of interest in the case, police stated.

Officials described the suspect as tall, thin male wearing clear glasses, tight jeans and a hooded sweatshirt with the hood up.