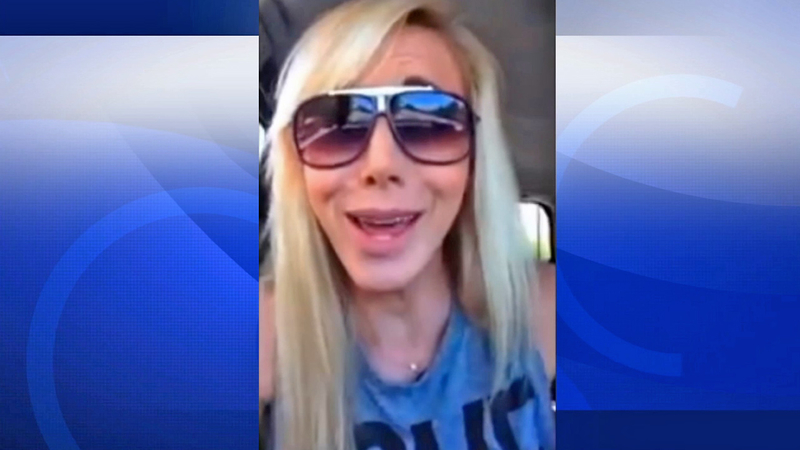 SANTA PAULA, Calif. (KABC) -- A volunteer with the Santa Paula Police Department is on leave after joking in a YouTube video about running over cyclists.

In the YouTube video, reserve police officer Laura Weintraub rides in a car with an unidentified driver as she expresses her hate for cyclists.

"I don't really know what we're going to talk about in this video today, but it's basically just to let you know that I hate bicyclists. Every single one of them," Weintraub said in the YouTube video.

In the video, she is also heard asking the driver how much she would have to pay him to "run one of these over." The video ends with a Photoshopped image of a car mowing down a group of cyclists. The image reads, "Like you've never thought about it."

Santa Paula police Chief Steve McLean said he and the entire department are appalled by the video. Weintraub has been placed on administrative leave as the department investigates.

"I am extremely embarrassed and angry at everything that she said in the video...Her statements on the video do not reflect the views of the Santa Paula Police Department," McLean said in a statement.

Weintraub said her video was meant to be funny. She took to Facebook to issue an apology:

"I would like to apologize to all those who have been offended by what was intended to be a satirical video on cyclists. It was never meant to be hurtful or harmful in anyway, I am a human being, I made a mistake, I have learned from this and ask for your forgiveness. The responses have shown me overwhelmingly just how hurtful my comments were to some and that is not at all what I intended. As soon as I knew, I removed the video immediately.

The response from the cycling community has made me aware of the sport and its safety issues and challenges with drivers on the road of which I was completely unaware. My heartfelt apologies to those that have been offended and to those who face these very real challenges."

In the video, Weintraub never mentions the police department or identifies herself as a reserve police officer. But many say the video, especially given her position, speaks volumes.

"I think it's awful," said Santa Paula resident Terry Hylton. "I think it's scary to know that we have a police officer out there that has those kind of thoughts."

McLean said Weintraub will now have to deal with the consequences of her self-proclaimed mistake.