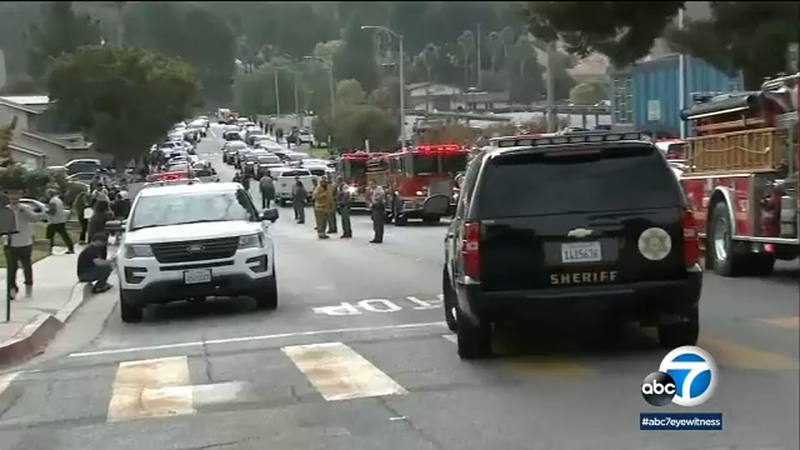 Authorities are attempting to determine how the "kit gun" was assembled and by whom -- the suspect or his late father. When investigators searched the suspect's home as they sought a motive for the attack, six firearms were found at the home that were all registered to the suspect's late father.

"The mystery is trying to piece together who assembled what and at what point in time," Villanueva said.

"Kit guns" can be sold at gun shows, online and can be bought with 80% of the weapon already assembled, the sheriff said.

"They're sold as a kit. You can legally buy it, assemble the weapon yourself and then you have a gun that is not registered and no one knows that you have it, and that is very dangerous," Villanueva said.


Two students were killed and three other teens were wounded in the shooting on Nov. 14.

The suspect, Nathaniel Tennosuke Berhow, shot himself in the head and died the next day.

Villanueva says investigators are pursuing every lead in trying to determine a motive for the deadly school shooting.

Deputies have interviewed more than 45 people so far.

"We're working with some federal entities to help us unlock the cellphone to get through that information, so that's still one of the challenges," Villanueva said.

Students returned to Saugus High School Tuesday to retrieve their belongings left behind when they had to evacuate the campus.