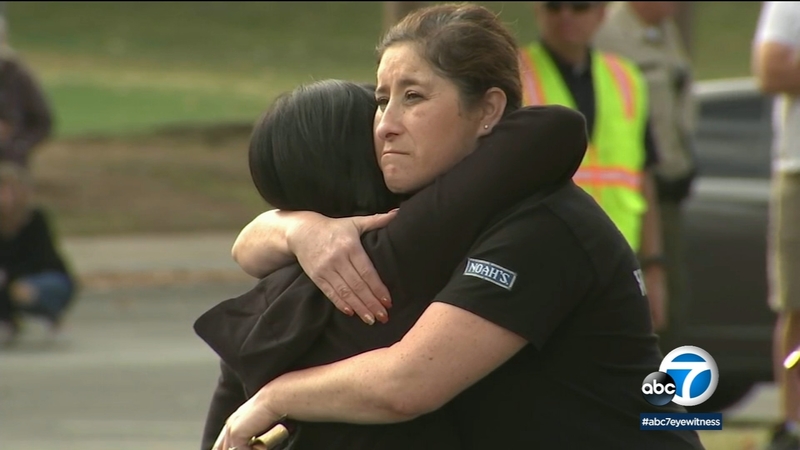 SANTA CLARITA, Calif. (KABC) -- Parents and students greeted each other with hugs at the reunification center following a fatal shooting at Saugus High School Thursday morning.

Hundreds of frantic parents raced to pick up their children after hearing about the shooting, gathering to wait at nearby Central Park.

Several parents received text messages from their children, telling them they were safe.

"You cry, you let out some tears of relief that they were watched over," one parent said at the reunification center.

Parents and students greeted each other with hugs at the reunification center following a fatal shooting at Saugus High School Thursday morning.

The shooting occurred around 7:30 a.m. Two students were killed and three others were wounded, and the student gunman was in custody, authorities said. The suspect, who turned 16 on Thursday, was hospitalized in grave condition.

The whole shooting took just 16 seconds. Moments after the shots rang out, the first responders on the scene were three off-duty law enforcement personnel who had just dropped their own children off at the school.

All six students were transported to hospitals, where two of them, a 16-year-old girl and a 14-year-old boy, were later pronounced dead.

The surviving victims were described as two girls, ages 14 and 15 and a boy, 14. The boy was released from Henry Mayo Hospital.