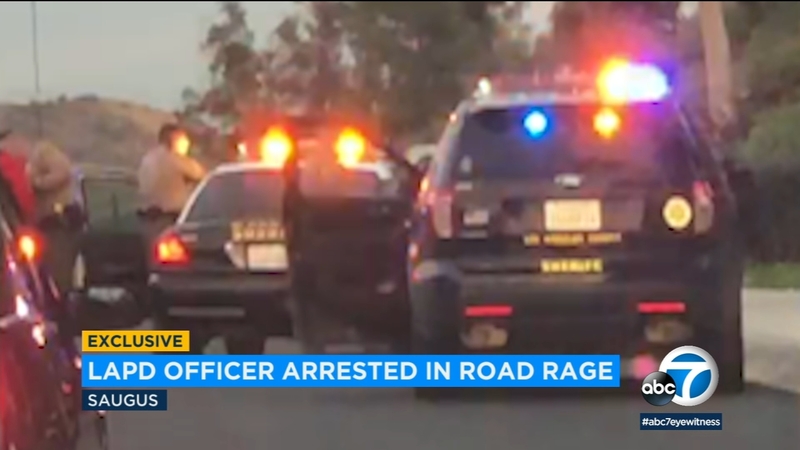 SANTA CLARITA, Calif. (KABC) -- An off-duty Los Angeles Police Department officer was arrested after she allegedly threatened another motorist with a replica handgun during a road-rage incident in the Saugus neighborhood of Santa Clarita, authorities said.

Georgeta Buruiana, 38, was taken into custody on suspicion of felony brandishing of a firearm, a spokesperson for the Los Angeles County Sheriff's Department said.

The incident occurred about 5:30 p.m. Saturday near the intersection of Copper Hill Drive and Seco Canyon Road, according to investigators.