Teacher honored for her actions during Saugus HS shooting 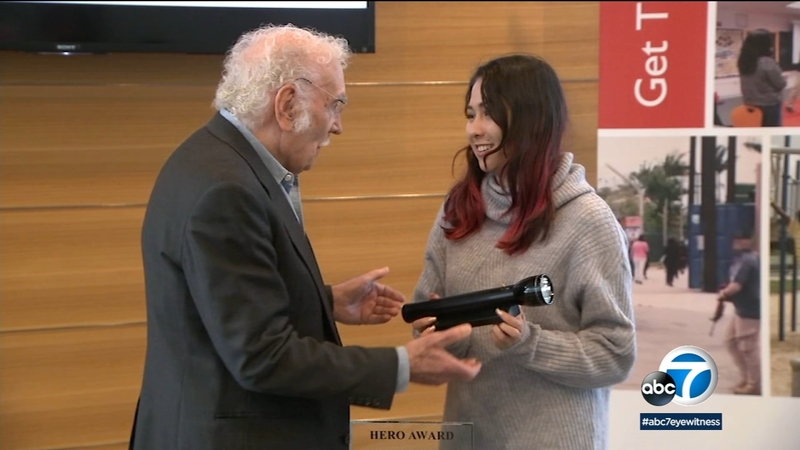 Teacher honored for her actions during Saugus HS shooting

"We were really prepared," said Holt. "As much as you could be."

Consequently, nearly two months later, Holt has been honored by MAGLITE of Ontario, with the first Civilian Hero Award of 2020.

"We spend too much time focusing on the perpetrators of these awful crimes," said MAGLITE CEO Tony Maglica. "We need to spend more on the heroes who rise to the occasion and do great things in the face of evil."

The shooting happened on Nov. 14, 2019, at approximately 7:38 AM. Although the gunman shot five students, killing two of them, Caitlin Holt's actions inside her music class that day helped spare the lives of many others.

"I had told all the students get in my office, lock the doors, and turn off the lights."

She also helped treat a 14-year old student who was shot twice, all while trying to keep her students calm.

"I was trying to tell them, I know you're freaking out, but don't have your cell phone on.

"Turn the sound off, turn the brightness off."

Holt credits a recent active shooting training class hosted by American Tactical Defense with many of the tactics she employed that day. Instructor Bryan McKenrick said her actions were truly heroic.

"She went out and put her life on the backseat," said McKenrick. "She went forward and saved another girl's life."

Holt says unfortunately, active shooting training is now something every teacher and student should be required to go through.