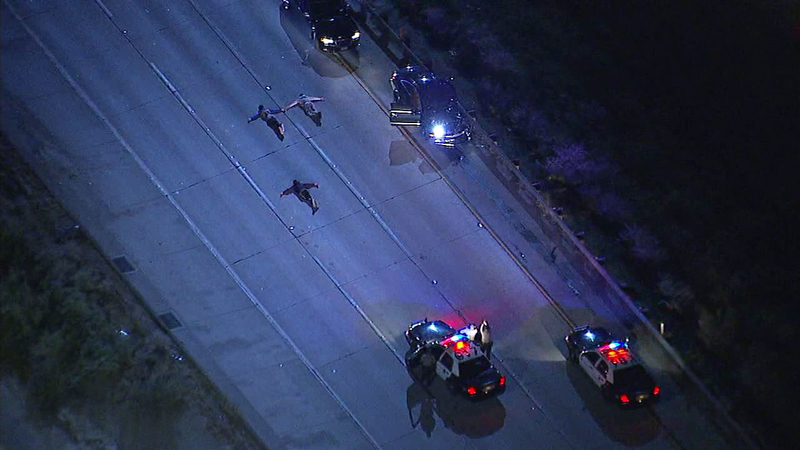 SB 14 back open in Newhall after possible road rage incident

NEWHALL, Calif. (KABC) -- At least three suspects have been detained because of a possible road rage incident that led to the temporary closure of the southbound 14 Freeway in Newhall Friday night.

The exact nature of the incident is unclear, but early reports indicated it all started with a car-to-car shooting at a gas station in the area of Newhall Avenue and Sierra Highway shortly after 8 p.m. Officials from the Santa Clarita Sheriff Station confirmed they were conducting a shooting investigation at the location.

Sheriff's officials said that one of the vehicles involved was found crashed on the 14 Freeway at the 5 Freeway split, but no victims were located.

Two vehicles were visible at the scene, with some damage. Footage from AIR7 HD showed three people surrendering to police and lying face down on the roadway. Officials said they were detained for questioning.

Sheriff's officials said the incident could possibly be a case of road rage, but it was not immediately known what led to shots being fired.