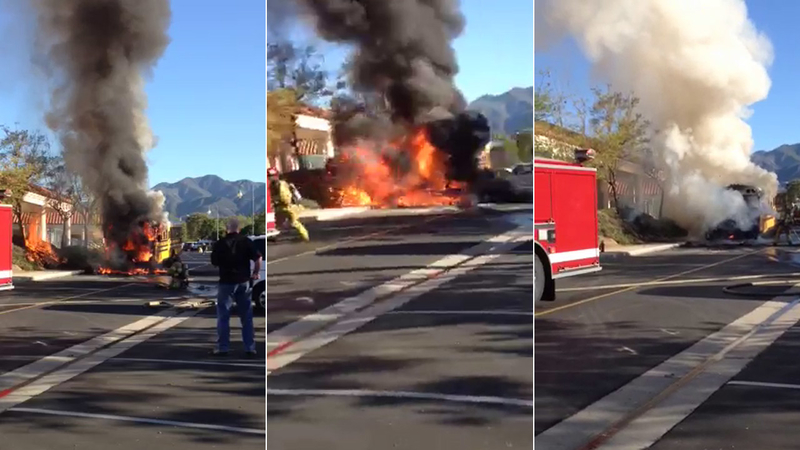 RANCHO SANTA MARGARITA, Calif. (KABC) -- A 20-year veteran school bus driver is being hailed a hero after safely getting students off a bus that erupted in flames in Rancho Santa Margarita.

"What stood out is that she did everything right. She wouldn't consider herself a hero, but I think she actually has some hero qualities and I'm very proud of her," said Melvin Florence, a student supervisor.

The bus was carrying 35 7th- and 8th-grade students when the engine compartment caught fire at about 8:15 a.m. in front of Rancho Santa Margarita Intermediate School in the 21900 block of Alma Aldea.

The Orange County Fire Authority says bus driver Lisa Sherrill saw the smoke and flames coming from the engine as she pulled into the school. She quickly got all the students off the bus and to a safe area. Sherrill even grabbed a fire extinguisher, but the flames were burning hot and fast.

RSM - The bus driver did an excellent job of getting all the students off the bus safely.

Fire crews responded to the scene and found the bus fully involved in flames, which eventually spread to nearby vegetation. They had the fire under control by 8:28 a.m.

While the fire was burning, two blasts were caught on camera. People who live two blocks away reported that their windows shook with the explosions.


No injuries were reported. Officials say three students were treated by paramedics because they were emotionally upset by the incident, but they were not hurt.

"This is very rare. We do not get bus fires often," said Capt. Steve Concialdi of the Orange County Fire Authority.

The school principal says as firefighters put out the fire, about all 1,300 students were evacuated to the sports field. 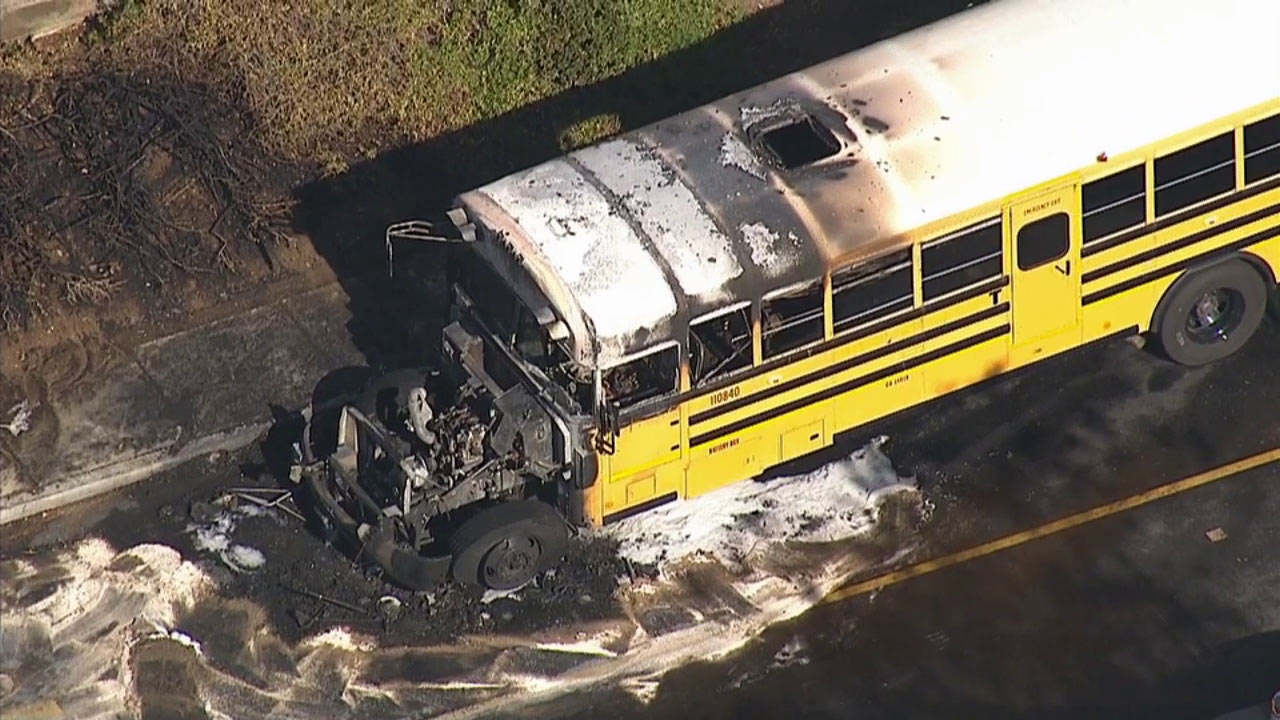