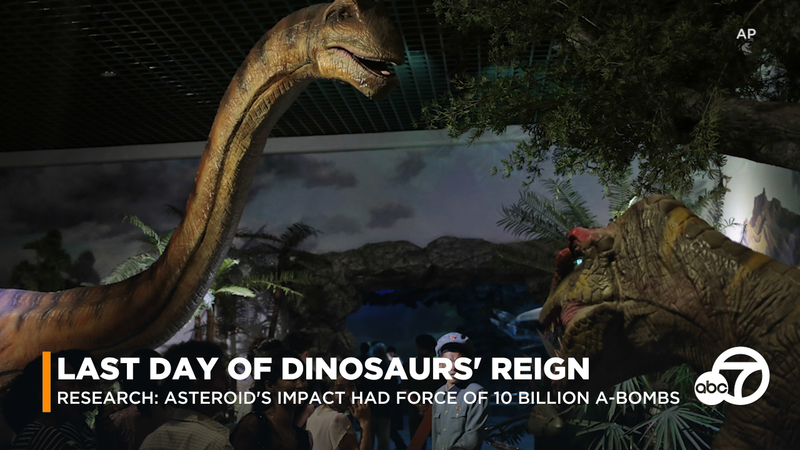 YUCATÀN, Mexico (KABC) -- Scientists have found rocks from one of the most pivotal moments in Earth's history.

They say the finding is the most detailed look yet in to the aftermath of the asteroid strike that ended the age of dinosaurs. Scientists say the asteroid smashed into Earth 66 million years ago with the force of 10 billion atomic bombs - causing wildfires and tsunamis while blasting so much sulfur into the atmosphere that it blacked out the sun.

The discovery of the rocks was made offshore of the Yucatan Peninsula in Mexico. The study found hard evidence of the asteroid impact in the hundreds of feet of rocks that filled the impact crater within the first 24 hours after the strike.