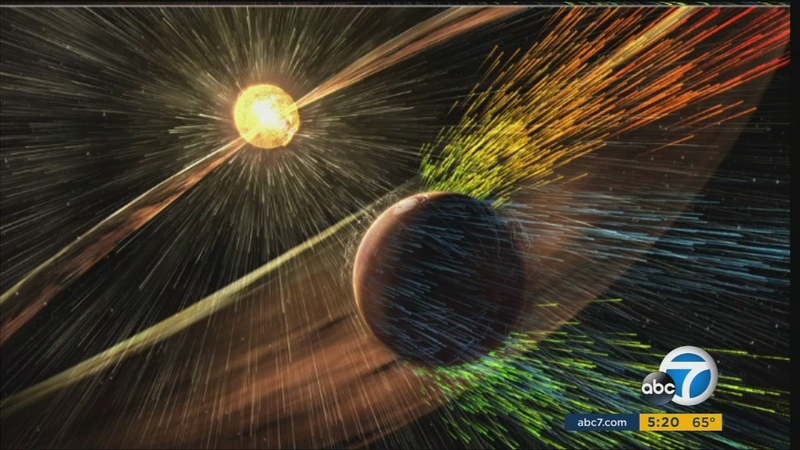 New data has helped solve one mystery about Mars: Why the Red Planet's atmosphere is so thin, cold and desolate.

It turns out ancient Mars was a lot like Earth. So what happened?

A key finding from NASA's Mars Atmosphere and Volatile Evolution (MAVEN) spacecraft is that over billions of years, the sun likely robbed the planet of its once-thick atmosphere and water.

Scientists said if there was water on Mars, it would freeze or evaporate very quickly.

When researchers looked at ancient Mars, they said they saw a much different type of surface: "One that had valleys that looked like they were carved by water, lakes that were standing for long periods of time. We see an environment that was much more able to support liquid water."

NASA scientists say the climate must have been very different. They say warmer and wetter and the atmosphere must have been thicker at that time in order to sustain a warmer climate.''

MAVEN's mission also shows how Earth has a magnetic shield, while Mars is totally exposed to the solar winds.

The announcement comes as NASA continues to push forward with its goal of one day sending a manned mission to Mars.