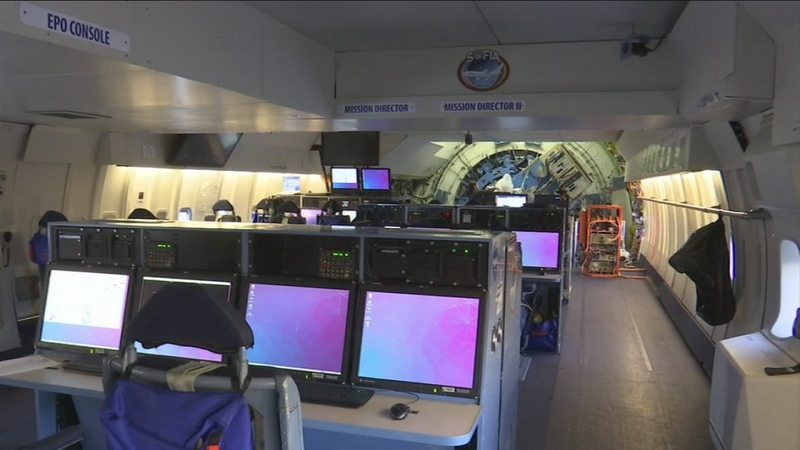 That research center is where a few lucky teachers from the Hart School District in Santa Clarita had the opportunity to take a rare trip alongside astronomers to view infrared light through the planes 44,000-pound telescope. It's called SOFIA and is the world's largest airborne observatory.

"I thought it was just a flying plane, but this is so much more. This is a once-in-a-lifetime opportunity," said Ravinder Athwal, a science teacher from Bowman High School.

The cruising altitude for commercial airlines is generally between 30,000 and 38,000 feet to get the best fuel mileage. On SOFIA, the priority is science rather than fuel economy so it can reach a cruising altitude of 45,000 feet.

You can only view infrared light when you fly above most of the water vapor in the atmosphere.

Eyewitness News joined the educators on the flight, which flew over 5,000 miles, mainly over the pacific, traveling halfway between Alaska and Hawaii.

"This is, basically, a playground for science teachers. I'm running around trying to get as much information as I can. I have questions that students have asked me to ask astronomers, scientists, engineers. So, I'm trying to collect those answers to relay to my students," said Judy Jennings, a science teacher at Hart High School.