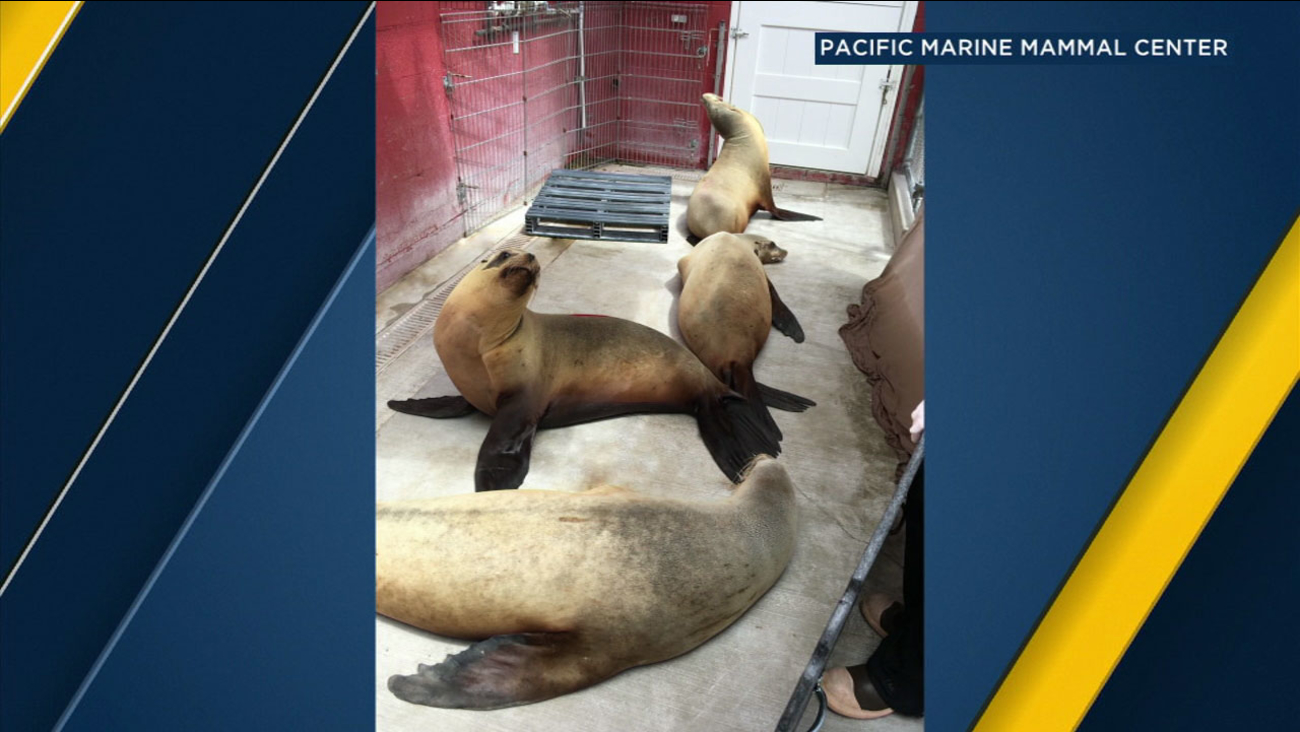 LAGUNA BEACH, Calif. (KABC) -- At least 14 female sea lions, some of them pregnant, have fallen ill after a toxic algae bloom in the ocean along the Orange County coast.

The Pacific Marine Mammal Center has taken in the sickened animals since April 4. Within the last two days, eight sea lions were rescued. A pregnant sea lion was rescued Tuesday morning, according to the center.

The sea lions are being treated and are all in critical condition, according to PMMC.

The sea lions are exposed to the toxins when they eat fish such as sardines and anchovies, which in turn eat the algae. Pregnant females are more vulnerable to the illness because they consume more fish while pregnant, experts said.