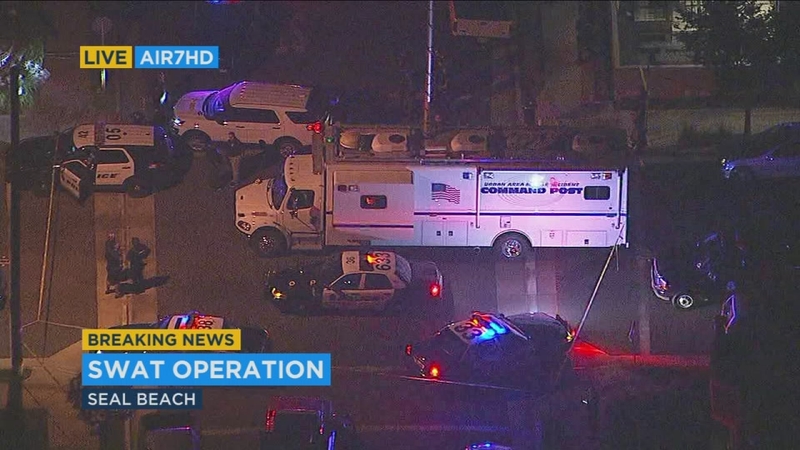 SEAL BEACH, Calif. (KABC) -- Seal Beach police and SWAT team members were responding to a "tactical situation" after gunfire was heard and a woman's 911 call was disconnected Sunday night.

Officials were releasing few details about the situation, except to say that officers responded to a call of shots fired in the area of 7th Street and Central Avenue.

A woman called police for help from an apartment in that area around 7:20 p.m., but the line was disconnected and no further calls were made, police said.

Around the time of that call, neighbors reported hearing gunshots in that area.

"This is an ongoing tactical situation," said Seal Beach Sgt. Michael Henderson. "The SWAT team has been deployed."

Since the report of shots fired, Henderson said nothing further was heard from the location.

"We are using additional resources and technologies to ensure the safety of the officers that were there and try to determine what may or may not be going on in there," Henderson said.