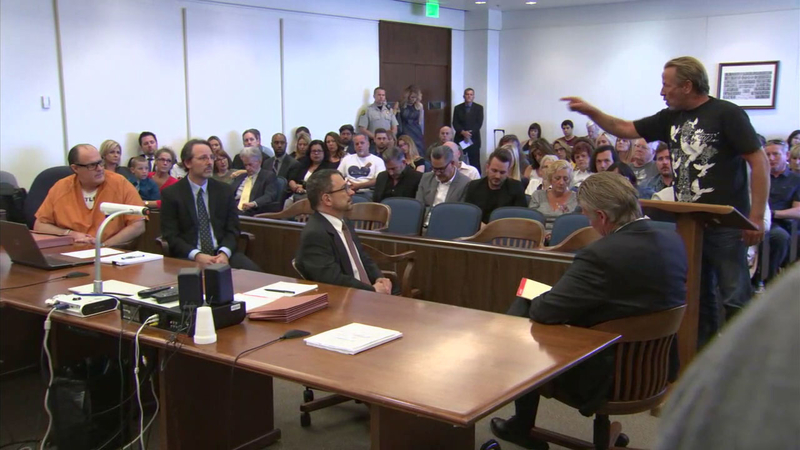 SANTA ANA, Calif. (KABC) -- The man who murdered eight people at a Seal Beach hair salon six years ago was sentenced Friday to eight consecutive life terms without the possibility of parole, along with seven years to life plus 200 additional years.

It was the worst mass shooting in Orange County's history. Scott Dekraai, a 47-year-old former tugboat operator, killed his ex-wife and seven others in October 2011 at the Salon Meritage where she worked.

Dekraai pleaded guilty in 2014, but his case has dragged on for years due to a scandal over the sheriff's department's use of informants in the Orange County jail system. That prompted a judge to remove the possibility of the death penalty in the case.

"You're worthless. And I hope you rot," one man told Dekraai.

"I want the worst for you each and every day," a woman told him.

Dekraai mostly listened in silence, but at one point, he tried to utter an apology but was quickly shouted down by members of the audience who told him to "shut up."

He was later given a chance to speak and apologized for the killings.

"I am to blame for the total loss of self-control and I am 100 percent accountable for my actions," Dekraai said. "With extreme remorse and incredible regret, I truly am sorry."