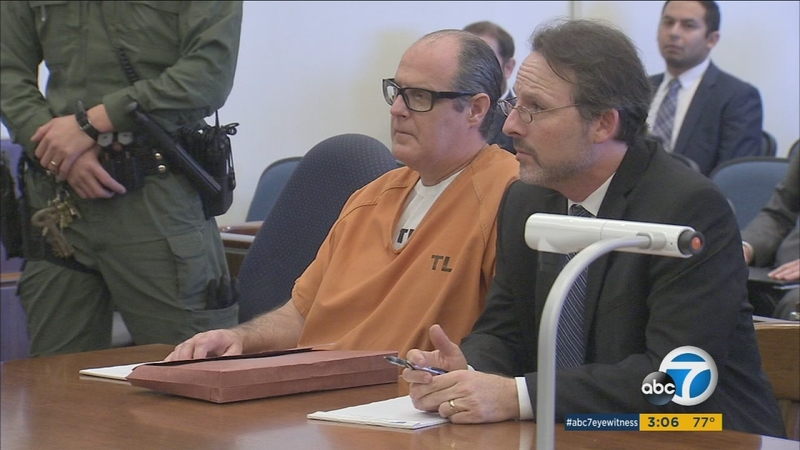 Scott Dekraai, 47, went to Salon Meritage in October 2011 and fatally shot his ex-wife and seven other people.

After Friday's hearing, Bethany Webb spoke about the ruling.

"It's not about forgiveness. This is not about any reconciliation with him. It is about the truth," she said.

She lost her sister Laura that day, when Dekraai walked into the salon and opened fire. Laura's mother Haddie was the only survivor.

They, along with other family members of the victims, have repeatedly called for Dekraai to be sentenced to life in prison without the possibility of parole rather than see the appeals process play out for years with the death penalty.

At issue are questions over the sheriff's department's use of jailhouse informants and failure to provide records ordered by the judge.

The families said these issues have tainted the case beyond repair.

"As the judge stated, if this case would have been handled correctly this guy would be sitting on death row already," said Paul Wilson, the husband of one of the victims.

The defense said it shows the department can't be trusted to turn over evidence favoring its client. Goethals slammed Orange County Sheriff Sandra Hutchens and District Attorney Tony Rackauckas for their agency's roles in what he called "chronic obstructionism" in the Dekraai case.

Shredded documents, jailhouse informants used illegally to get confessions, deputies who lied on the witness stand, deputies who pleaded the Fifth in court - Goethals said for him to ignore that misconduct would be "unconscionable, even cowardly."

The judge went on to say the sheriff's department and the district attorney's office are "still enveloped in denial."

"This is Orange County, California, those are our two top cops. They need to be held accountable and responsible for what's happened here," Wilson said.

The sheriff's department issued a statement condemning the ruling.

"The decision to remove the death penalty rests at the feet of Judge Goethals and nobody else," the statement said in part.

"They'll never accept responsibility. So to come out of this, after all this concealment, and still say that same mantra that it's Judge Goethals' fault - really?" Sanders said.

Sanders said Dekraai is relieved at the ruling. If there is no appeal, Dekraai will face eight consecutive life terms in prison without the possibility of parole.

"He understands he's put them through ridiculous pain that no family should ever experience," Sanders said of Dekraai.

The state said there's no indication authorities have evidence that would assist Dekraai.

Goethals said he hopes his ruling will ensure that Dekraai will die a "forgotten man in some obscure maximum security prison."