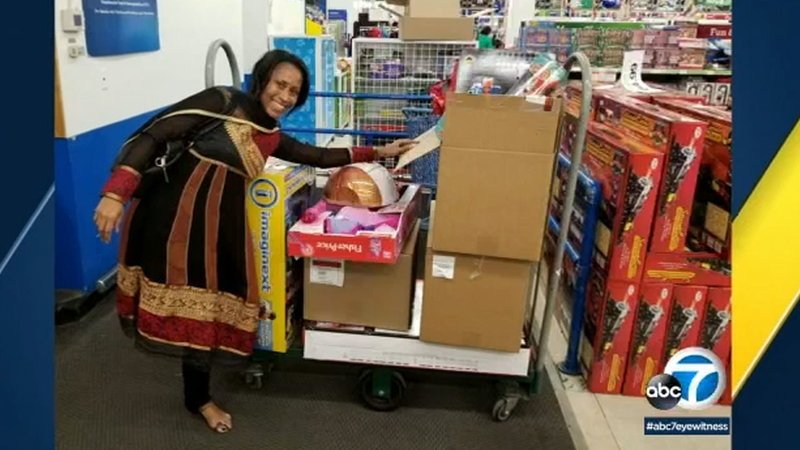 Robinson, who works as a secretary at a medical office, said the holiday season is anxiety-filled. It's difficult to come up with money to pay her bills while trying to put gifts under the tree for both children, but she had a plan.

"Once I knew what their wishes were, I started staking out the sales," Robinson said.

She went shopping for those deals at a Toys "R" Us store in Van Nuys, placing all the gifts she bought on layaway. It came to about $750.

Robinson began making payments, but with a deadline looming, she knew it was too much.

She would need to return roughly half of what she bought, but when she went to the store to make the difficult decision, she received an incredible surprise: Her balances were at $0.

A man who she calls her "secret Santa" paid off two of her bills totaling nearly $300.

"I couldn't stop screaming," Robinson said. "OK, am I being Punked?"

Out came the boxes.and she loaded up her car, but Robinson still has no idea who her holiday hero is.

"I don't know who you are, but I know what you are, and to me, I think you are an angel," said Robinson.

The generosity has touched Robinson deeply, and while she can't wait to see her children's faces Christmas morning, this experience has her wanting to pay it forward in any way she can.