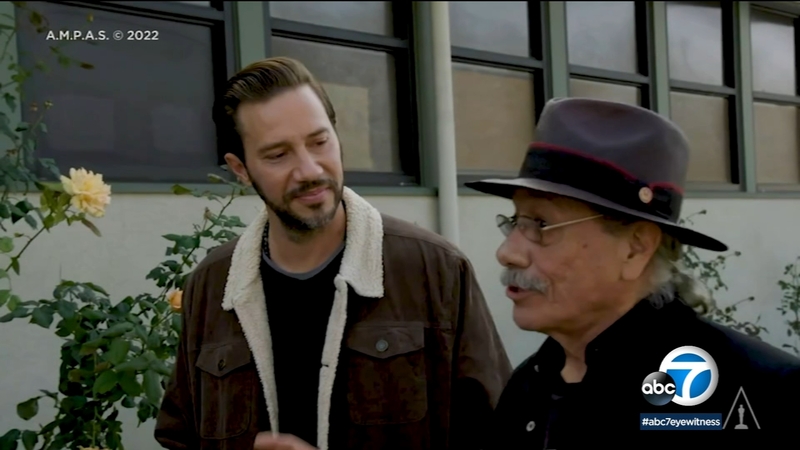 It features a few of the biggest names: Eva Longoria, Edward James Olmos and John Leguizamo.

The series is hosted by Argentine American journalist and director Nick Barili.

"I moved to the States with my mom when I was 9 to the Bay Area," said Barili, who from an early age understood the power of representation.

"I remember going to see 'La Bamba' with my mom, and how special that was," he said.

His questions set the tone for an intimate conversation with the pioneers he interviewed, from their personal challenges to the broader obstacles many artists of color face.

"Even the John Leguizamo episode, he was like, 'Can we talk about Oscar So White?' and they're like, 'Yeah, let's talk about it.'"

On Thursday, a few days ahead of the Academy Awards, UCLA will release part one of its annual Hollywood Diversity Report.

Some estimates suggest Latinos make up roughly 20% of the U.S. population. Representation in TV and film does not match up.

"There has been an increase in terms of film. In terms of the actors up to 7%," said Dr. Ana-Christina Ramón, director of research and civic engagement for the division of social sciences at UCLA.

Even more strides are needed behind the camera.

"The numbers still are not even close to being proportionate for people of color and for women in terms of directing and writing," she said.

"It takes a lot for the Academy to recognize that there's a problem, and I think 'Seen' is a step in the right direction. Many more steps have to come after that," Barili said.

So far, three episodes have been released.

"The beautiful things of the series is that we get to show, you know, some of our greats their flowers," he said.